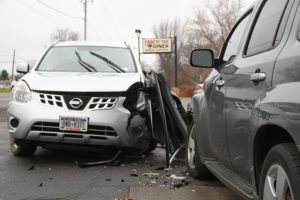 AVON – A driver ran off E Avon Lima Road and into a young man’s car as he was pumping gas at Exxon Thursday morning.

According to first responders on scene, a silver SUV was eastbound on Rte. 20 (E Avon Lima Road) when the driver allegedly experienced an illness, veered off the road and ran into a vehicle as its driver has just finished pumping gas.

Firefighters cut away the driver’s side door to free the driver. Airbags deployed in the SUV but not the other vehicle.

The driver of the SUV was transported to a hospital by Avon Ambulance.

No injuries resulted from the accident.

Both vehicles will be towed from the scene.

The East Avon Fire Department and Avon Ambulance responded to the scene alongside the Livingston County Sheriff’s Office. 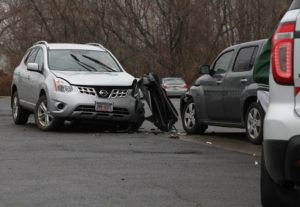 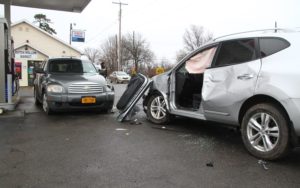 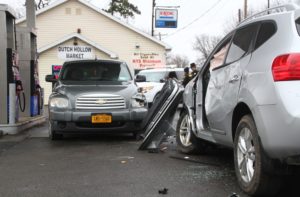