GENESEO – An Avon resident is facing a felony charge for allegedly shooting and damaging a window at Walmart with a BB gun.

According to a press release from Geneseo Police Chief Eric Osganian, Robert Santos, 23, was charged with felony Criminal Mischief in the Third Degree and Discharging a Firearm.

It is alleged that Santos discharged a CO2 BB gun from the store’s parking lot and struck a window at the store, causing damage. The vehicle Santos was in then left the parking lot and was later stopped by police.

Geneseo Justice Thomas Bushnell arraigned Santos and released him to appear in court at a later date. 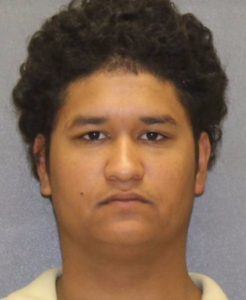