DANSVILLE – The Livingston County Sheriff’s Office arrested a mid-level risk sex offender on a felony charge for allegedly failing to come in and update his sex offender registration photo.

According to a press release from Livingston County Sheriff Thomas Dougherty, Wayne Englert, 57, of Dansville, is charged with Failure to Register and Verify as a Sex Offender.

The press release says that the law states “if the sex offender has been given a level one or level two designation, he or she shall personally appear at the law enforcement agency having jurisdiction within twenty days of the third anniversary of the sex offender’s initial registration and every three years thereafter during the period of registration for the purpose of providing a current photograph of such offender. The law enforcement agency having jurisdiction shall photograph the sex offender and shall promptly forward a copy of such photograph to the division.”

Englert was turned over to Central Booking Deputies at the Livingston County Jail for processing and pre-arraignment detention.

The Sheriff’s Office said that ‘the District Attorney’s Office was contacted in regards to bail, however Englert has prior felony convictions and therefore is not eligible for bail.’

According to the New York State Department of Corrections and Community Supervision, Englert was convicted in 1998 of Sex Abuse in the First Degree committed against a 21-year-old female in 1997. Since his release, he has been a level 2 sex offender, considered at moderate risk to re-offend. 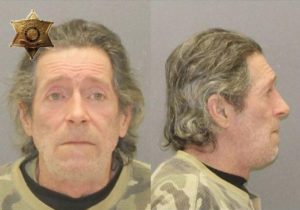