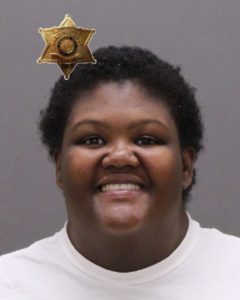 Sheriff Thomas J. Dougherty reports the arrest of a Monroe County resident on drug related charges after a traffic stop.  On September 9th, 2020 Sergeant Caleb Cutting was on overnight patrol when he stopped a vehicle  on Plank Road (State Route 15a), in the Town of Lima, for a violation of the NYS Vehicle and Traffic Law.

The operator of the vehicle was identified as Azisa I. Johnson, age 26 from Rochester NY. During the stop, Johnson was suspected to be involved in drug activity which prompted a roadside drug investigation.  The roadside investigation revealed that Johnson was in possession of a quantity of suspected marijuana, as well as a quantity of suspected concentrated cannabis. The suspected drugs were  secured as evidence and the suspected concentrated cannabis was sent to a forensic lab for testing.

Johnson was released pending the outcome of the lab results.  On January 8th, 2021 Johnson was arrested and charged with Criminal Possession of a Controlled

Substance in the 7th Degree after lab results showed the suspected concentrated cannabis tested positive for TCH.  Johnson was turned over to Central Booking Deputies at the Livingston County Jail for processing and released on an appearance ticket to return to the Lima Town Court at a later date, as the offense did not qualify for arraignment under the NYS Justice Reform Act.