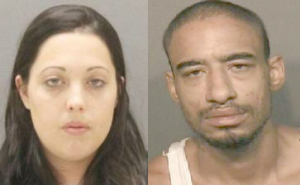 NYLON – Members of the Livingston County Sheriff’s Office assisted the United States Drug Enforcement Administration on Wednesday when they executed a search warrant in Lakeville, resulting in the arrests of two people on federal drug charges.

According to a press release from U.S. Attorney William Hochul, Jason Gibson and Kelly Shanks were among 11 individuals charged in two complaints with Conspiracy to Possess with Intent to Distribute and to Distribute five kilograms or more of cocaine and crack cocaine.

“This represents yet another important success in our continuing efforts to protect the public from the twin dangers of firearms and large scale narcotics trafficking,” said Hochul. “As this case demonstrates, law enforcement stands shoulder to shoulder in our commitment to bring to justice, all who engage in such dangerous criminal conduct.”

The charge carries a mandatory minimum penalty of 10 years in prison, a maximum of life and an $8,000,000 fine.

Assistant U.S. Attorney Jennifer Noto, who is handling the case, stated that according to the complaints, from 2015 through April 26, 2016, the defendants operated an ongoing drug trafficking conspiracy in the City of Rochester. During the investigation, law enforcement officers conducted controlled purchases of cocaine, utilized federal wire taps to intercept electronic and wire communications over various cellular telephones utilized by members of the conspiracy, and conducted search warrants on multiple U.S. Priority Mail parcels containing cocaine and cash proceeds from the sale of cocaine.

The lengthy investigation culminated in the arrest of the 11 individuals named in the complaints and the execution of multiple search warrants. During the execution of the search warrants, law enforcement officers seized approximately five kilograms of cocaine and over 100 grams of cocaine base; quantities of heroin and marijuana; more than $200,000 in cash; and several firearms. Five of the individuals named in the complaint have one or more prior drug felony convictions. 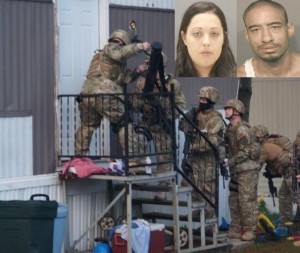