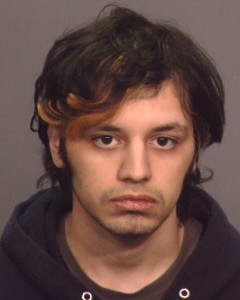 According to a press release from Sheriff Thomas Dougherty, the joint investigation resulted in the arrest of Josel Rodriguez, 23, for felony Use of a Child in a Sexual Performance.

“A great father and good teamwork among law enforcement resulted in this bad guy being held at Rikers,” said Dougherty. “Parents, please monitor your children’s electronics and know that there are sexual predators trolling on the net to find vulnerable children. If you ever find anything inappropriate, please call us and make a report. We need your partnership to keep our children safe and put these monsters where they belong.”

The investigation began when the Sheriff’s Office received a walk-in complaint at the Sheriff’s Office Headquarters in Geneseo of a father reporting his 13 year old daughter was enticed online by an unknown male and was coerced into performing acts that were sexual in nature.

The Sheriff’s Office launched an investigation and worked with the Livingston County District Attorney’s Office to subpoena online information.  The results of the subpoenas revealed the location of the unknown male was in Brooklyn, NY.   Sheriff’s Investigators contacted the NYPD Vice Enforcement Unit to work the investigation together.

As a result of the collaborative efforts between the Sheriff’s Office and the NYPD, a search warrant was served at the suspect’s residence. The search warrant led to the recovery of over one hundred videos and images, many of which are suspected to be child pornography.