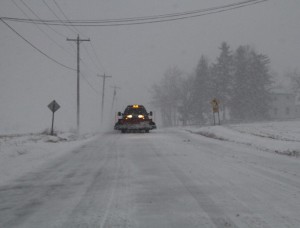 According to a press release from Sheriff Thomas Dougherty, a Travel Advisory does not mean roads are closed, it means that caution is advised and hazardous conditions exist.

“Snow covered roads, along with blowing winds, are a bad combination for operators who are not driving to those conditions,” said Sheriff Dougherty in the release. “Please slow your vehicles down and travel cautiously. Also, please yield to the plows while they clear roads.”

The advisory went into effect at 6:15 a.m. Monday and will remain in effect until further notice.