According to a press release from Sheriff Thomas Dougherty, who is also the County’s STOP DWI Coordinator, there will be a county-wide crackdown for the weekend of Super Bowl weekend.

“The purpose of these crackdown events are to bring awareness to the dangers of drinking and driving and to give folks the information that we are putting additional patrols out to the keep the motoring public safe,” said Dougherty. “This isn’t intended to be a ‘gotcha moment’ but instead a time where you know we are beefing up patrols with the intention of removing impaired drivers and hoping you will make good decisions based on that information.”

Highly visible, highly publicized efforts like the STOP-DWI Crackdown Campaign aim to further reduce the incidents of drunk and impaired driving.
The STOP-DWI Super Bowl Weekend Crackdown is one of many statewide enforcement initiatives promoted by the New York State STOP-DWI Association with additional funding from the STOP-DWI Foundation courtesy of the Governor’s Traffic Safety Committee. 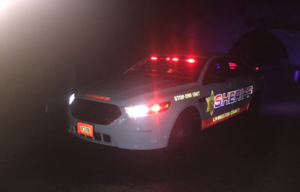