CALEDONIA – Police and the Caledonia-Mumford Central School District warn parents to be cautious of a suspicious vehicle thought to have been involved by a sex offender to make sexual advances on a woman near the school.

According to a statement by the Caledonia-Mumford Central School District and Caledonia Police Department, students, citizens, and specifically parents should be cautious of a white ‘contractor van’ and white male in his 30’s with facial hair who is believed to have been involved in the incident on the afternoon of Jan. 10.

“Due to the nature of the incident, the location and the status of the suspect, we wanted to alert the general public of the incident and want to remind everyone to be cognizant of your surroundings,” said the statement. “Caledonia Police said that they will increase patrols in the area and all staff have been notified to report any similar or suspicious activity.”

At 9:35 a.m. Friday, New York State Police reported to Cal-Mum Superintendent Robert Molisani and Caledonia Police Chief Daniel Chapman that on Wednesday, Jan. 10, a white contractor van drove slowly through the school zone four times within five minutes, and that each time the driver stared at an adult female in the area. On the fourth time driving by, the suspect made eye contact with the female and dropped a note onto the roadway from the driver’s side window. The female picked up the note, which allegedly contained sexual advances.

Upon investigation into the matter it was found that the suspect is a Level 2 Sex Offender from Monroe County, considered at moderate risk to re-offend. The State Police are continuing their investigation. At this time, they do not believe the suspect is in any police department’s custody.

Anyone with any further information regarding this incident or similar incidents are asked to contact the Caledonia Police Department at (585)538-6200 or the Caledonia-Mumford Central School District at (585)538-3400. 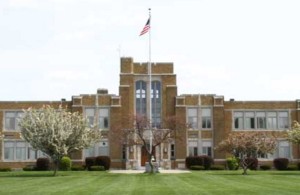