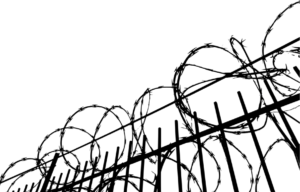 The COVID-19   virus is spreading rapidly throughout the criminal justice system in New York State.

Already there are 319 employees who have confirmed cases of COVID-19. Among the incarcerated population, 55 inmates contracted the virus. Fifteen parolees also tested positive for COVID-19.

DOCCS has taken steps to combat the spread of COVID-19 in state prisons. The policies include suspending visitation, limiting inmate transfers and allowing staff to wear personal protective equipment (PPE).

Despite these steps there are currently five coronavirus-related deaths — two incarcerated individuals, two parolees and a civilian employee — have been reported. DOCCS said that the official cause of death is pending for the two other deceased inmates.

There has been concern about an outbreak occurring in New York state prisons. DOCCS has more than 43,000 incarcerated individuals in its 52 correctional facilities. The agency employs approximately 29,00 people.

With an increasing number of confirmed COVID-19 cases in state prisons, a coalition of criminal justice advocacy groups called on Gov. Andrew Cuomo to release incarcerated individuals who are at high risk of serious illness if they contract the virus.

“A record number of people are sick, lives have already been lost and a ticking time bomb looms over New York state,” the coalition, which includes the Release Aging People in Prison Campaign,

Parole Preparation Project, , said in a statement. “The governor must act now by granting clemency to older people and others in prison to whom this virus presents a life and death risk.”

Approximately 400 incarcerated individuals, parolees and employees within the state Department of Corrections and Community Supervision have tested positive for the coronavirus. The number grows.