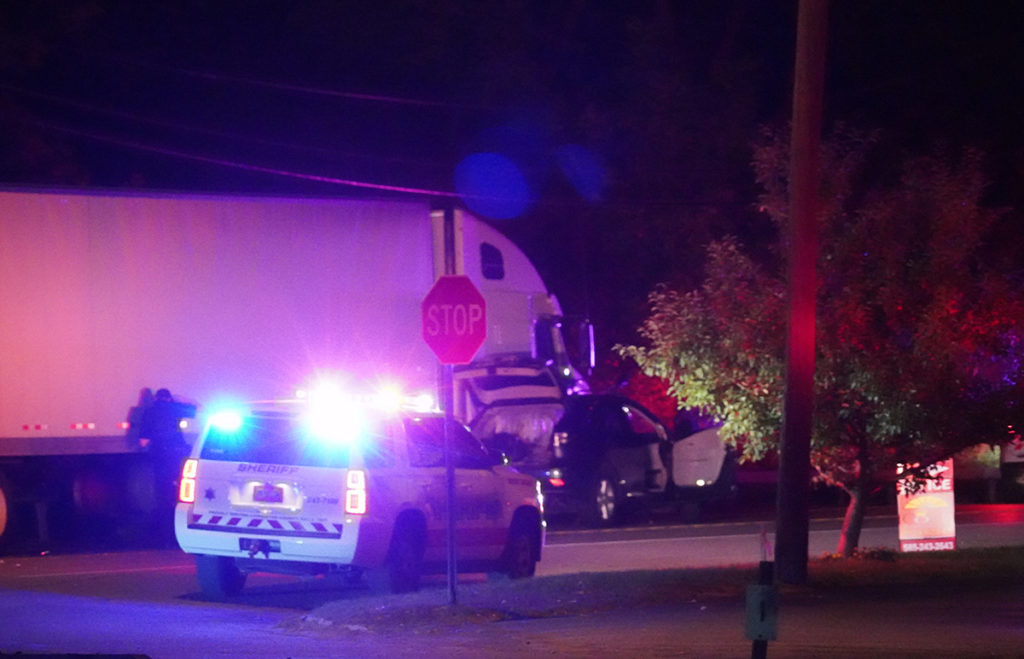 MVA accident at the intersection of Court and Rte. 63. (Photo/ Josh Williams)

UPDATE 10:20PM: Sheriff Dougherty states the driver of the car, a male in his 60’s, was transported to Strong Memorial Hospital with life-threatening injuries.

GENESEO — On Monday evening there was a serious accident at a known deadly intersection in Geneseo.

Initial reports have an auto allegedly pulling out of Court Street and into an oncoming semi-tractor trailer that was heading north on Rte 63. The accident is eerily similar to that which claimed the life of a SUNY Geneseo Girls Basketball player in December of 2016.

The notorious intersection is scheduled for a major overhaul next spring where New York State will be placing a round-about.

The condition of the victim or victims is not yet known.

Check back to the GeneseeSun.com for updates. 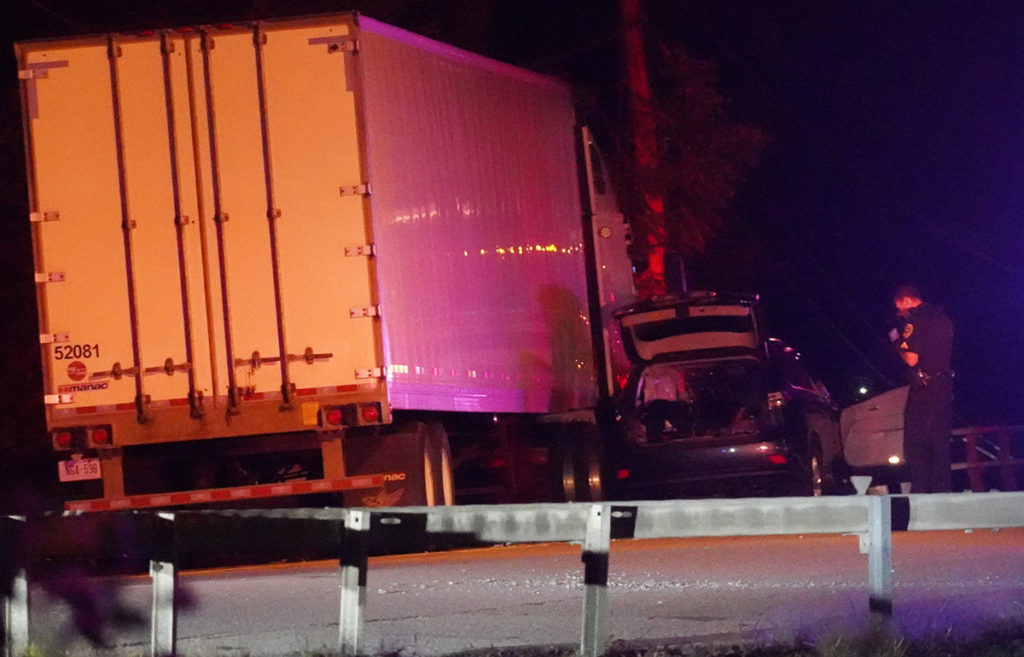 MVA accident at the intersection of Court and Rte 63. (Photo/ Josh Williams)