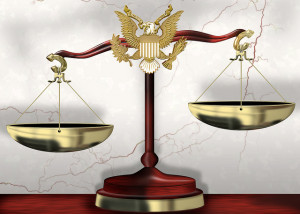 U.S. Attorney Trini E. Ross announced today that Danielle Tooley, 37, of Batavia, NY, who was convicted of wire fraud, was sentenced to serve six months in prison and pay approximately $18,000 in restitution by Chief U.S. District Judge Elizabeth A. Wolford.

Assistant U.S. Attorney Kyle P. Rossi, who handled the case, stated that between July 9 and December 4, 2020, Tooley applied for and collected unemployment benefits to which she was not entitled, benefits that were connected to federal COVID-19 relief programs. The scheme came to the attention of law enforcement on November 24, 2020, when Tooley was arrested for criminal possession of a controlled substance during a vehicle traffic stop on Clinton Street in Bergen, NY. A New York State Police trooper observed a crack pipe with white residue inside Tooley’s vehicle. As they prepared for Tooley’s vehicle to be towed, troopers recovered six New York State unemployment benefit cards issued to individuals other than Tooley, which they turned over to the U.S. Department of Labor, Office of Inspector General. Subsequent investigation determined that Tooley consistently withdrew money from bank accounts associated with the benefit cards.

In a separate case, Shaneesha White, 32, of Buffalo, NY, who was convicted of wire fraud involving benefits connected to a presidentially declared national emergency, was sentenced to serve 41 months in prison and ordered to pay $48,833.15 in restitution to the NYS Department of Labor by U.S. District Judge Lawrence J. Vilardo.

Assistant U.S. Attorney Rossi, who also handled the case of defendant White, stated that between June 2020 and February 2021, White applied for and received unemployment insurance benefits in her own name, under false and fraudulent pretenses. White and others also used the personal identifying information of two individuals fraudulently to create benefit accounts and collect benefits in the names of these individuals. The benefit money was deposited into bank accounts held and controlled by White at Key Bank. Key Bank also issued ATM cards in both the White’s name and in the names of the two individuals, which White used to make cash withdrawals of the benefits. As a result of the fraud, White unlawfully collected $48,833.15 in benefits.

The CARES Act is a federal law enacted on March 29, 2020, designed to provide emergency financial assistance to the millions of Americans who are suffering the economic effects caused by the COVID-19 pandemic. It expands states’ ability to provide unemployment insurance for many workers impacted by COVID-19, including for workers who are not ordinarily eligible for benefits. The CARES Act provided for three new UI programs: Pandemic Unemployment Assistance (PUA); Federal Pandemic Unemployment Compensation (FPUC); and Pandemic Emergency Unemployment Compensation (PEUC).

Anyone with information about allegations of attempted fraud involving COVID-19 can report it by calling the Department of Justice’s National Center for Disaster Fraud Hotline at 866-720-5721 or via the NCDF Web Complaint Form at: https://www.justice.gov/disaster-fraud/ncdf-disaster-complaint-form.