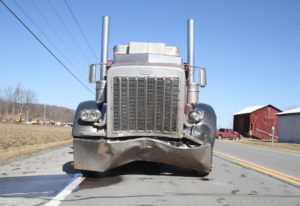 “Trucking companies have had difficulty recruiting drivers for several years, but this new law will help attract young adults to a career as a professional driver,” Senator Gallivan said.  “Truck drivers play a vital role in our economy by transporting equipment and supplies for retail stores, restaurants, farmers and other small businesses.  The driver shortage has created supply shortages and delivery delays that have only been exacerbated by the pandemic.”

According to the American Trucking Association, the industry estimates it will need to hire an additional 890,000 drivers nationwide over the next 10 years.  There are more than 38,000 trucking companies in New York State alone, most of them small, locally owned businesses.

Currently, New York allows 18-20 year olds to obtain a CDL Class B license, but does not allow those drivers to get a CDL Class A license to operate tractor-trailers and other large vehicles. The legislation amends the vehicle and traffic law and the transportation law to establish a CDL Class A young adult training program.

The new law requires an extra 300 hours of training for young drivers, including behind-the-wheel and classroom instruction, to help ensure safe operation of commercial vehicles.

The National Federation of Independent Business, NFIB, supported the legislation.