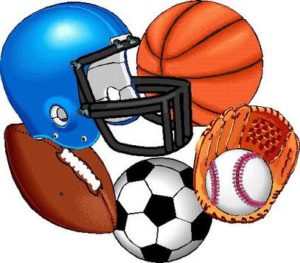 A 2017 National Association of Sports Officials survey of more than 17,000 refs, umpires and sports officials from across the country found that 48% of male officials had felt unsafe or feared for their safety because of behavior of a coach, parent or player.  Some 45% of female officials felt the same, according to the survey.

“Umpires, referees and other officials are an essential part of organized sports, making sure the games are fair and safe for all involved,” Senator Gallivan said.  “Unfortunately, too many officials have become the victim of harassment or outright assault by spectators and others. This legislation will better protect officials from such activity and will send a clear message that this type of abuse will not be tolerated in any sport, at any level.”

“Sadly, I’ve witnessed it myself, at my 10-year-old son’s ice hockey games: Referees are all too often harassed and abused by parents who vent their frustrations at those we enlist to make sure competition is safe, fun and fair for our young athletes,” Assemblyman Conrad said. “Ultimately, this behavior disrupts the event, sets a terrible example for the kids, and undermines the overarching mission of creating an enriching, enjoyable and sportsmanlike atmosphere for all involved. No sports official at any level of competition should feel intimidated or endangered by a spectator, player or coach who disagreed with a call – and for those who do engage in such conduct, there ought to be meaningful consequences.”

“In 17 years of officiating, I’ve been lucky,” said Pat Laczkowski, a now-retired youth rugby official from the Buffalo area. “Having said that, I’ve seen abuse of officials in a lot of sports, and it’s something that we need to do away with very quickly, as it’s leading to a shortage of manpower in the field. No one has the right to harass or assault an official who is doing the job he or she was hired to do. Whether at a youth or amateur sporting event, or in higher-stakes competition at the scholastic, collegiate or professional level, officials need to feel protected so they can focus and do their best for the athletes. Sports are about camaraderie and respect, and there is no place for any kind of violence toward any of the people participating in the action.”

The proposed legislation would bring New York in line with 33 other states that have either created specific protections within the law or recognized the unique role carried out by sports officials.