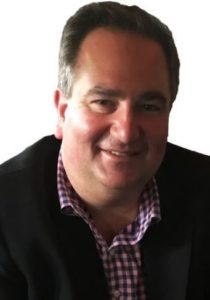 As New York voters watch the 2020 presidential campaign from the sidelines, Senator George Borrello and Assemblyman Andy Goodell have introduced legislation that would give New Yorkers more of a voice in the process by requiring the state’s electoral votes to more accurately reflect the popular vote.  Under the current system, all of New York’s electoral votes are cast for the presidential candidate that receives the greatest number of votes statewide.  This “winner-take-all” approach enables a presidential candidate to win the election based on wins in a few key states, without consideration of the millions of people who may have voted for a different candidate.

Currently in use by Maine and Nebraska, the congressional district method results in a more proportional allocation of electoral votes overall, while preserving the constitutionally-mandated Electoral College.

“Every campaign season, citizens are encouraged to exercise their right to vote and are barraged with messaging that their ‘vote matters.’ Yet, every four years, that notion is wholly undermined when the two major party candidates for president focus their presence, platform and resources on a handful of swing states, at the expense of New York voters whose electoral votes are a foregone conclusion under the current system,” said Senator Borrello. “Regional political differences are obscured and it increases assumptions by people in both parties that their vote for president is irrelevant.”

Assemblyman Goodell noted that the congressional district system could easily be implemented through the passage of legislation, without any amendments to the Constitution.

“Although the Constitution established the Electoral College system, it does not mandate the framework by which states must choose electors or allocate electoral votes. The congressional district method is a proven  alternative that would achieve the goal of strengthening New Yorkers’ influence in presidential campaigns. It is entirely consistent with the electoral process that our Founding Fathers originally designed, while reflecting more accurately the popular vote within the state,” said Assemblyman Andy Goodell.

The legislation advanced by Senator Borrello and Assemblyman Goodell stands in contrast to a measure Governor Cuomo signed into law in 2016 that committed New York to the National Popular Vote compact, an interstate agreement in which member states pledge all of their electoral votes to the candidate who wins the popular vote nationwide, even if that candidate received few votes within the state.  Such an approach makes a mockery of the vote within each state, and dilutes the importance and value of individual state rights.

“Although the notion of essentially eliminating the Electoral College in favor of a nationwide popular vote has support, such a switch would actually incentivize candidates to further narrow their focus to just a few large states or a handful of major metropolitan areas. Smaller states and less densely populated regions of the country would be ignored,” said Senator Borrello.  “Our framers had the foresight to see that a two-step election process would be a check and balance against a few large states essentially choosing the president for the entire nation.”

Goodell noted that, “The method we are proposing would encourage candidates to campaign in New York because of the political diversity of its different regions. Both Republican and Democratic candidates would have the potential of winning electoral votes here. We’ve seen that happen in both Maine and Nebraska under this system.”

“Our right to vote is one of America’s most cherished liberties. A key part of encouraging higher turnout is creating a system where citizens feel their vote has an impact,” said Assemblyman Goodell. “Making this change to our presidential election process would be a strong step in that direction.”