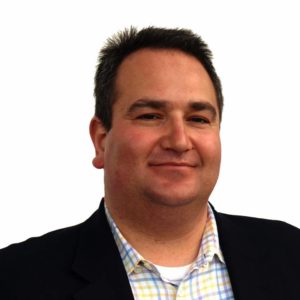 Measure expands the standard for involuntary hospitalization and strengthens Kendra’s Law As the families of those killed in Buffalo by a hate-filled, disturbed young man continue to grieve, Senator George Borrello (R-Sunset Bay) called on his legislative colleagues to pass a bipartisan measure he sponsors with Senator Diane Savino (D-Staten Island) that would strengthen the state’s mental health intervention efforts.

“The warning signs that the Buffalo shooter was unbalanced and potentially dangerous were there. His erratic behavior included wearing a hazmat suit to school and comments that he wanted to commit a murder-suicide. There were likely many other signs as well that have not yet come to light,” said Sen. Borrello. “This is a situation that is becoming all too familiar. Deeply troubled individuals continue to fall through the cracks of the system, with tragic consequences.”

“While we all want to do whatever we can to prevent another tragedy, the predictable calls for stronger gun control laws will fall short. Our current toughest-in-the-nation laws didn’t stop Lashawn McNeil from using a stolen gun to kill two NYPD officers. They didn’t stop Simon Martial from pushing Michelle Go onto subway tracks. And they didn’t stop 18-year-old Payton Gendron from legally purchasing a gun and then modifying it illegally,” said Borrello. “What may have made the difference in these cases was effective mental health intervention for the perpetrators, who all had histories and/or symptoms of serious mental illness.”

“Tragically, there is no way to turn back the clock. However, what we can do is strengthen our mental health intervention tools, to reduce the future risks of another devastating incident. Continuing to ignore the problem only ensures there will continue to be tragedies that may have been prevented.”

In March, Senators Savino and Borrello introduced legislation that would broaden the standard for involuntary hospitalization by allowing for consideration of additional factors, including credible reports of recent threatening or violent behavior. The legislation would also strengthen Kendra’s Law by allowing for longer hospital stays for those who violate assisted outpatient treatment (AOT) orders.

“While none of us can know for certain what would or would not have prevented this horrific and brutal attack, what we can almost guarantee is that unless we strengthen our state’s mental health interventions and resources, there will be more senseless tragedies and loss of life,” said Sen. Borrello. “While most individuals with mental illness are not violent, just one dangerously ill person can cause mass calamity and death, as we know all too well.”

“Our proposal deserves to be part of any comprehensive plan aimed at closing the myriad gaps in our mental health laws. The system’s failures and consequences have been worsening in recent years, which makes it imperative that we act now.”