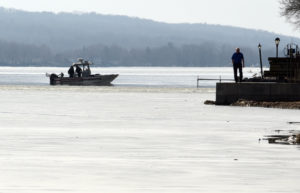 LIVONIA – Seachers are back on Conesus Lake after a six-day hiatus due to excessive ice.

Livingston County Sheriff Thomas Dougherty updated the public on Twitter that the search is back on for Chris Copeland and Jay Fluet.

“Several boats on the lake with 3 side scans actively searching,” tweeted Dougherty.

Both men were reported missing at 3 a.m. on Feb. 12. The Sheriff’s Office’s underwater sonar robot, local fire department boats, and divers with the Livingston County Sheriff’s Office and New York State Police searched every day until Feb. 15, when the Sheriff called off the search due to excessive ice. 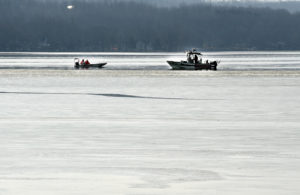 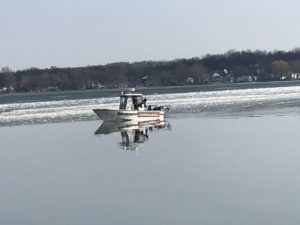 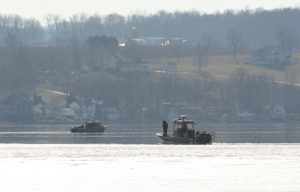