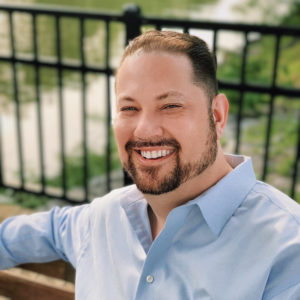 The Supreme Court of the United States has made history.

Jason J. McGuire, Executive Director of New Yorkers for Constitutional Freedoms, made the following comments: “Since New Yorkers for Constitutional Freedoms was formed in 1982, we—along with pro-life allies in New York and across the nation—have advocated and fervently prayed for Roe v. Wade to be overturned. We sometimes doubted that we would live to see the day when our prayers would be answered. After 40 long years, that beautiful day has finally dawned. The Supreme Court has correctly ruled that there is no constitutional right to abortion.”

McGuire continued, “In the Dobbs decision, Mississippi’s Gestational Age Act—which made abortions after 15 weeks’ gestation unlawful except in certain narrowly defined circumstances—was held to be constitutional. Furthermore, the authority to set abortion policy was rightly restored to the elected branches of government. Given the deep divisions in Congress, it is highly unlikely that the federal government will pass abortion-related legislation in the near future. However, all 50 states are now free to make their own abortion laws, and abortion will likely immediately become illegal in nearly half the states. Untold numbers of lives will be saved.”

“The abortion extremism of the modern Democratic Party would have us believe that today’s decision is about something other than a baby’s life, but at 15 weeks babies have fully developed hearts and little noses and lips. They can yawn, hiccup, and even suck their thumbs,” McGuire pointed out. “This is what we are talking about—a baby’s life. Science has advanced since the 1973 Roe v. Wade and 1992 Planned Parenthood v. Casey decisions. It’s past time that our laws caught up and saw the humanity of the unborn child.”

“Today’s decision marks the beginning of a new stage of the pro-life movement in America. Pro-life advocates must peacefully and prayerfully make the case for life in every statehouse in the country and offer practical helps to the moms who choose life for their little ones. We must keep fighting until the lives of unborn babies are fully protected in law, and the notion of abortion becomes so abhorrent that no mother would willfully choose it for her child. Here in New York, the struggle will be an uphill one, but we embrace the challenge.”

“There is a great deal of work ahead, but today we rejoice,” McGuire concluded.