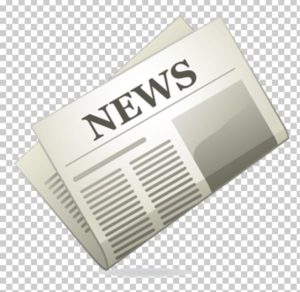 U.S. Senator Charles E. Schumer announced that the House of Representatives will include fixes he strongly advocated for to make local newspapers and radio and television stations eligible for forgivable loans through the Small Business Administration’s (SBA) Paycheck Protection Program (PPP).

“Local news outlets are the glue that keeps communities in Upstate New York informed and stitched together, and during these uncertain times, they are more vital than ever,” said Senator Schumer.

“Each day, Upstate New York’s local newspapers, television and radio stations give millions of New Yorkers up-to-date information on the pandemic; it’s local impact; and what they need to know to get through and begin to rebuild. That includes providing news reports on public health information and school and business closures that are specific to communities and serve an important role in fighting life-threatening misinformation about COVID-19. I fought hard to get these fixes to this legislation because just like any other small business in New York, access to this federal funding could be a vital lifeline for local news outlets that are losing major advertising revenue and suffering huge financial losses. I will fight to make sure it stays in when it comes over to the Senate because New York’s local media needs and deserves all the help we can offer – and they need it now,” The Senator said.

“Local radio and television stations continue to broadcast life-saving COVID-19 news and information to citizens throughout New York State despite catastrophic declines in advertising revenue,” said David Donovan, President of the New York State Broadcasters Association.  Unfortunately, many local New York stations were not eligible to obtain PPP loans under existing rules.  By permitting local stations access to the PPP program, the legislation ensures that consumers will continue to receive essential COVID-19 related news and information.  We want to thank Minority Leader Charles Schumer for his leadership and support on this critically important issue.

“Millions of New York State residents turn to a local newspaper for vital information about their communities,” said Diane Kennedy, President of the New York News Publishers Association. “This accurate information has never been more important than it is right now. A local newspaper is often the sole source of community news in many areas of upstate New York. Despite suffering a catastrophic loss of income, newspapers throughout the state are providing journalism about COVID-19 to all readers free of charge. We are heartened to know that Senator Schumer, a longtime champion of the free press, is once again intervening to preserve citizens’ access to local news.”

Schumer said that the access to PPP funding would help local news outlets across the nation, some of which have seen up to a 75 to 80% loss of advertising revenue amid the coronavirus (COVID-19) pandemic. Upstate New York alone has over 80 local TV stations that have been integral to informing New Yorkers about social distancing guidelines, mask recommendations, stay-at-home orders, and school and business closures.

With an increase in the number of new cases reported in New York on Saturday, Schumer says that local news outlets will continue to serve a vital part in keeping New Yorkers informed and safe in the coming days.

To expand eligibility for PPP loans to local newspaper and radio and TV station small businesses, the legislation proposes the following: