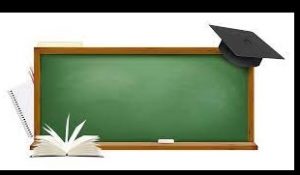 In Livingston County, nearly every budget shows an increase (with exception of Mt. Morris), and school boards struggle to cover predicted burgeoning expenses for 2022-23, particularly such rising costs as fuel, transportation, and even health care costs. Severa; dostrocts have undergone 100 per cent reassessment, but superintendents remind their residents that even with increased costs, the vast majority of those costs are covered by state aid, and  equalization rates also changed, as well as state aid formulas, so an increase in assessment does not mean the local tax bill increase will be proportional to the assessment increase. Several districts have additional propositions in addition to Proposition One (the budget), and all will vote on candidates for school board, too.

In order to vote, one must be 18 years old and a legal resident of the school district for 30 days.

In all districts, details of the budget were given out at public hearings, or in school newsletters.  Some districts have information on their school budget on their website.  Below are some of the general details of some of the  Livingston County school districts’ votes and propositions. Other information on other schools can be obtained from the school newsletters and websites.

In addition to Proposition One, the budget vote, there are four propositions for voters to vote on in the Avon School District.  Proposition Two authorizes the school to take $155,000 from the Capital Reserve Fund to buy furniture and equipment for the athletic department, classrooms, cafeteria and buildings and grounds. Proposition Three authorizes the school board to buy two 65-poassenger school busses, not to exceed $132,000 each.  Proposition Four establishes a capital reserve fund for future purchases, with the term of the account being ten years. Proposition Five increases the amount given to the Avon library from $110,000 to $121,000, so the library can sustain current services, since they are losing $11,000 from another source.

Running for election to three year terms on the school board are James Colt and Karen Vanderbilt. Both are running unopposed.

Caledonia-Mumford has proposed a budget of $19,449,205, an increase of $429,822. The local tax levy will be $147,801, having an impact of about $12 per $1000 of assessed valuation. A large part of the increase in the budget is for transportation fuel costs, and for increasing health care insurance costs. In order to offset part of the increase, a full-time unfilled custodial position and an unfilled part-tine special education teacher position, were both cut. The district has also put off some of the planned purchases of equipment, in order to keep costs down.

Geneseo has proposed an increase in expenditures for the 2022-23 year of 2.29 percent. Current programming will be retained, as well as the addition of some staffing to address the social –emotional needs of students, especially since the pandemic. A remedial math and halftime reading specialist have been added, but they will be funded through the American Rescue Plan.  However, even though the board tried to  keep costs down, a 22 per cent increase in health insurance over which the board has no control, necessitated an increase in the property tax levy to cover the costs.

Along with voting on the budget (Proposition One), voters will be asked to vote on Proposition Two, to authorize the purchase of three replacemenr school buses.

Running for re-election to the two expired three year school board terms  are Craig Phelps and Michael Tenalio.  Both are running unopposed.

In addition, voters will be asked to authorize the school renewing a lease for a bus transportation lease.  The school currently leases space for their buses at a facility on South Lima Rd., but has a planned on-school-grounds bus garage planned. However, the new facility will be not be available in time for the new school year, and so he board is seeking to extend the lease the South Lima Rd. facility until the new facility is ready.

Andrew Mattle and Josh Monster are both running for re-election.  Both are unopposed in their bids to fill the 3-year expired terms.

Voting is from 8 a.m. to 8 p.m. at the Connell building lobby, Spring St. entrance.

Mt. Morris Superintendent Greg Bump has proposed a budget without an increase in tax levy for the fifth year in a row.

Enrollment at the school has increased over those five years, leading to additional revenues which help expand programming while keeping taxes down. Mt. Morris’ budget for 2022-23 is $17,136,247, and increase of $685,000.  However, the proposed local tax levy will be down $41,925 due to other revenue,

Proposition Two will be asking the voters to approve an annual appropriation to the Mt. Morris library to be increased to $15,000.

There are four Board of Education seats up for election.  The candidates running for those positions are all incumbents.  They are Connie Dennison, Peter Privitera, Stephanie Gehrig, and Deborah Schmidt.

Voting is from noon to 9 p.m. in the Mt. Morris High School gym on Bonnadonna Ave.