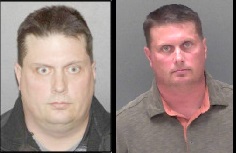 LIVINGSTON COUNTY – A 13-month case finally came to a close Tuesday morning as the Caledonia contractor who defrauded Livingston County residents of over $190,000 was sentenced to prison with some of his victims looking on.

Kurt Kline, 46, was sentenced to 3 to 6 years in prison for felony Grand Larceny in the Second Degree and Grand Larceny in the Third Degree. Kline defrauded Jim and Barbara Kraus of over $100,000, inspiring them to seek out other victims and ultimately try to ruin Kline’s chances of defrauding more victims.

“Certainly we want to put all this behind us,” said Barbara Kraus. “It’s been a long, long haul. The more his name is out there, the better. He could be out on three years and right back at it.”

Livingston County Assistant District Attorney Joshua Tonra said that the Krauses were instrumental along with law enforcement in locating victims and helping to build the People’s case. Kline has been back and forth from court for the past 13 months, facing felony after felony as the Krauses and the Livingston County Sheriff’s Office continued to locate more victims and get them to come forward.

“Cases like this are important, I think they send a message,” said Tonra. “They are very difficult to prove. Without the Krauses advocating for all of the victims, we wouldn’t have been able to get today’s result. I feel that it’s a just result.”

The District Attorney’s Office originally offered Kline a plea deal to 5 to 10 years in prison. As he has slowly paid restitution back to victims, that offer was reduced to 3 to 6 years. Kline sold a parcel of land, which netted just over $3,700 and inherited a portion of his late mother’s estate, which netted about $36,300. He will still owe his victims $153,400 once he is released from prison.

“Even against the odds, Mr. Kline came up with substantial restitution,” said Sciarrino. “Over the past 13 months, I have come to know him and his family, and I have every confidence that he will make the remaining restitution.”

Kline said at sentencing that he fully intends to make restitution to all victims.

“I would like to say that I’m truly sorry to all victims and after my term of incarceration is over, I intend to fully make restitution to all victims,” said Kline.

Tonra said at sentencing that despite all of the numbers thrown around court during this case, at the end of the day the real loss is the victims’ loss of trust.

“When a criminal defrauds you of your money, it’s not just the money that you lose but you lose the trust that you used to have for people,” said Tonra. It’s replaced with stress and cynicism. And you never really get it back.” 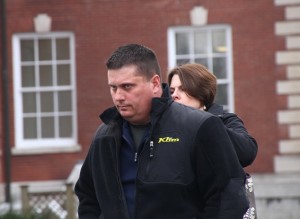