There is no denying the world population is increasing, from 4 billion in 1970 to around 7 billion today, and projecting to 9.5 billion by 2050. With this increase in population, comes an increase in carbon emissions, thus the move to renewable energy sources. There are opportunities for a variety of renewable sources, on different scales, to be developed economically. The short and long term pros and cons of each source should be thoroughly examined. As a retired dairy farmer, land and forest owner, my concerns are on the impact large scale solar arrays will have on our food security and open space.

Information from the United States Department of Agriculture (USDA) and American Farmland Trust (AFT) show that between 1992 and 2017 the US has lost 46 million acres of farmland to development. That works out to an average of over 5000 acres per day. Five thousand acres per day! Presently, there are 900 million acres in the US classified as farmland. More importantly, only 340 million of these acres are considered cropland, land suitable for cultivation of grains, vegetables, orchards, nuts, cotton, etc. The remaining acreage is pasture, grasslands, and rangeland, suitable for grazing livestock, not crop production. As global demand for food and fiber will increase by 50-70% by 2050, what is the best use of our agricultural land?

Hugh Bennett, considered the father of soil conservation and creator of what is now the Natural Resources Conservation Service (NRCS) department of USDA, stated in 1959, “Productive land is neither limitless nor inexhaustible.” This statement is the basis of a number of governmental policies on the local, state, and federal levels. On the federal level, since 1996, the NRCS has invested $1.5 billion in conservation easements on farmland. The New York State Department of Agriculture and Markets, as part of the Farmland Protection
Program started in 1994, has funded conservation easements on 50,000 acres, at a cost of over $140 million. In 2018 alone, Ag and Markets budget for farmland protection was $35 million. Of this, $10 million went to six farms in Livingston and Wyoming Counties to protect 4,270 acres. Most New York County and Town comprehensive plans contain sections on the importance of agriculture to the municipality’s economy, environment, and quality of life. In fact, a number of counties and towns have official Farmland/Open Space Protection Plans, funded in large part by NYS grants. Taxpayer dollars, on all levels, arebeing used to protect our farmland and ensure our food security.
Large scale solar arrays have the potential of taking thousands upon thousands of acres out of agricultural production nationwide. In New York, Governor Cuomo has announced $1.5 billion in grants and incentives available for large scale solar arrays developed in New York. Taxpayers are now funding both farmland protection and solar developments that will remove thousands of acres from agricultural production.

In what universe does it make sense to spend taxpayer dollars to preserve valuable farmland at the same time we are spending taxpayer dollars to convert valuable farmland to other uses? What is even more troubling is the fact that the solar project developers choose to use our best croplands for their projects. The conversion of these highly productive soils will cause a shift of food production to less productive lands. This will require more acreage, more fuel, more fertilizer, more seed, more pesticides, more water, and more labor to produce the same amount of food and fiber. Add to this the fact that the world will need 50-70% more food and fiber in 30 years, and we have a real problem.
This leads to another environmental issue. If we continue to develop our best cropland, where will our food and fiber come from? Will this accelerate the conversion of South American rainforest and African savannah to cropland? Will the more fragile, highly erodible land in our country that has been taken out of production in the past be converted back to cropland? Will our forest land be returned to agricultural production as it was in the 19th century? What value do we place on our natural, wild, undeveloped lands for human mental and physical well being?

Our nation and the world need both food and renewable energy. How we go about fulfilling the need for both, and how one affects the other, is of utmost importance.  Agricultural cropland is under tremendous developmental pressure. Add to this the water issues that threaten the loss of thousands of irrigated western crop acres, how many crop acres can we afford to convert to solar arrays and still provide food and fiber security?  Major solar projects, such as the Horseshoe Project proposed in Caledonia, NY, should not be sited on prime cropland; they should be sited on our least productive land, or better still, rooftops and other spaces that can’t be used for food or fiber production.
Hugh Bennet said, “As a nation, we will conserve our productive land and use it prudently only if there is sustained public demand for such a course of action.” I urge anyone concerned about the proposed Horseshoe Solar site in Caledonia, or other similar very large proposed solar developments, to contact their representatives and encourage them to consider the value of farmland in permitting such projects. Better yet, attend your local town board or county legislature meeting and express your opinions in person.

“Don’t it always seem to go that you don’t know what you’ve got till it’s gone. They paved paradise and put up a parking lot.” Joni Mitchell 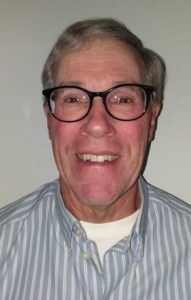 David and Cecilia Deuel are retired dairy farmers. They live on their farm in the Town of York on 400 acres of cropland, woodlots, and wetlands.