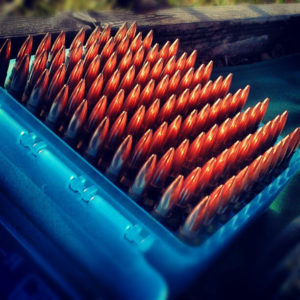 District Attorney Greg McCaffrey is firing back at his challenger, Ray Sciarrino, for a mailer and billboard campaign that includes a photograph of McCaffrey being present and applauding at the signing of the SAFE Act.

“My opponent is circulating information saying that I am an opponent of the Second Amendment,” said McCaffrey. “This is completely false. I am not at all opposed to responsible, lawful gun ownership on any grounds. But make no mistake — I am opposed to using illegal firearms to recklessly injure a child, to shoot a police officer or firefighter or to arm a drug dealer and I promise I will prosecute anyone who commits a crime with an illegal firearm to the fullest extent of the law.”

“Ralph and I and Doc, this is our 2nd Amendment Homeland Security Show and we’ve had it for years and we’re involved with shooting,” said Bill Robinson, host of the Homeland Security Show. “I’m a trainer at a couple of ranges at private facilities and things, and we haven’t gotten any complaints on you at all, zero, which I find, being a Democrat, that that’s rare, that I can actually sit next to a Democrat, which we don’t bring in very often. We don’t have many Democrats on this radio show. I have to make that clear to our folks listening here that Greg has a…we have to give him an A rating because of that alone, because of that track record of not going after us, targeting us. He could have. He could have, considering what’s presented to him, but he hasn’t.”

Both candidates have sent emails to the GeneseeSun.com taking firm stances headed towards the election, which is on Nov. 8, 2016.