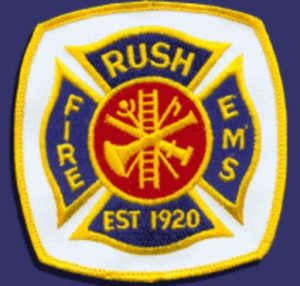 The Rush Volunteer Fire Department announced that today at 3:12pm they were dispatched to a grass burning call on I-390, north of Exit 11 which turned out to be in Henrietta.

The trapped person in the white vehicle was extricated by Asst. Chief Jon Faugh & Rescue Lt. James Princehorn along with A HFFD firefighter using the “Jaws of Life”. Fire Police Capt. Bob Faugh was the Safety Officer. Rush also had 2 fire police on the scene for traffic control. HF Mendon took care of that patient. The two people in the car under the dump truck managed somehow to get out of that crushed vehicle with minor injuries. Rush transported one patient and CHS transported two. The truck driver had minor injuries also. A total of 4 people went to the hospital. NYS DEC spill response was also called to the scene. The Monroe County Fire Coordinator and 5th Batt. Fire Coordinator also responded. Many MCSO Deputies and command officers also arrived on scene.