MOUNT MORRIS – A driver was transported to the hospital after a rollover accident on Groveland Stations Road Tuesday evening.

According to first responders on scene, the Saturn Impala LS ran off the road, into a ditch, and rolled over.

The female driver was transported to the hospital.

She was the only vehicle’s only occupant.

New York State Police are investigating the cause of the accident.

Firefighters with the Groveland Fire Department responded to the scene alongside ambulance crews with Livingston County EMS and New York State Police. 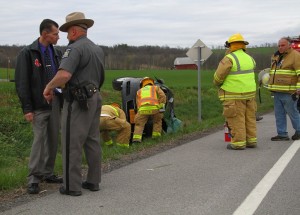 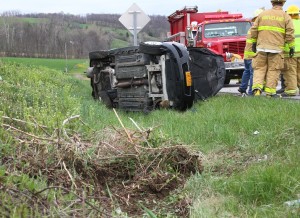 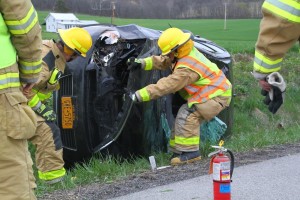