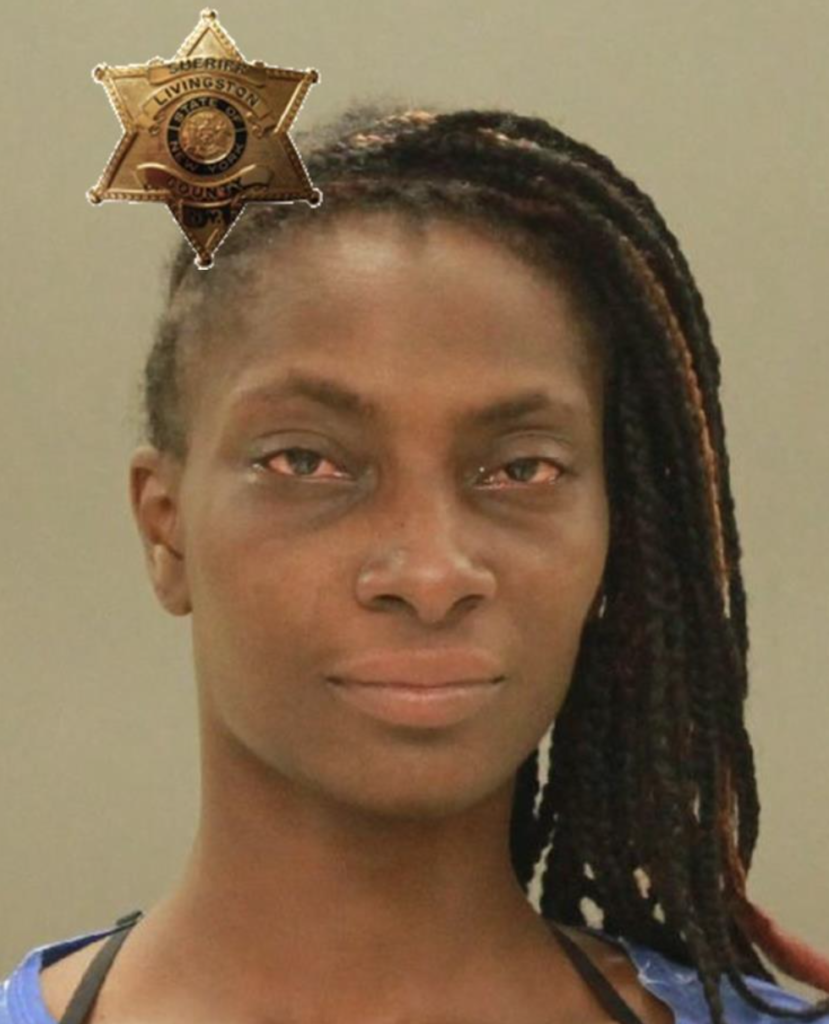 LIVINGSTON COUNTY — A traffic complaint of a driver on I-390 ended with DWI charges for a Rochester woman whom allegedly had a BAC of .32.

According to a press release from Livingston County Sheriff Thomas Dougherty, Robin Keels, 32, of Rochester was charged with felony driving while intoxicated, felony aggravated unlicensed operation of a motor vehicle in the 1st Degree, and circumventing an interlock device.

The Sheriff’s Office received a 911 call of a traffic complaint of a southbound vehicle on I-390 driving erratically all over the road. When deputies responded they found the vehicle parked near exit 7 on Rte. 63 where deputy Matthew Thomas of the STOP DWI Unit conducted a roadside investigation. Keels was then transported to Central Booking for a breath test where Deputy Anastassia Gelser of the Jail Division to determine Keels blood alcohol content (BAC) which was a .32 on the instrument, four times the legal limit of .08.

A license check of Keels showed that her license was revoked for a previous DWI conviction in 2015 making this arrest a felony DWI and a felony AUO.

Keels was turned over to Central Booking Deputies at the Livingston County Jail for processing and pre-arraignment detention. The District Attorney’s Office was contacted in regards to bail due to the felony charges and it was requested of the court that bail be set at $7,500 cash or $15,000 bond.