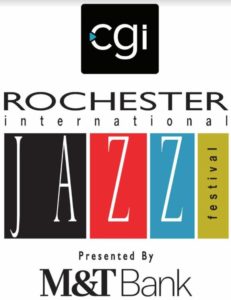 Nile Rodgers & CHIC, a multiple GRAMMY-winning composer, producer, arranger and guitarist, co-founder of CHIC, the newly elected Chairman of the Songwriters Hall of Fame, and member of the Rock & Roll Hall of Fame will perform Friday, June 26. Tickets are $130/$125/$90/$65 + service charges.

Spyro Gyra, back at the Festival for the first time since 2003, the contemporary jazz icons are now in their 45th year as a band. From humble beginnings in Buffalo, N.Y. they have continued to reach an international audience. They perform Tuesday, June 23. Tickets are $63/$53/$43/$33 + service charges. This is the band’s first return to the festival since it headlined in 2003.

All headliner shows are at 8 PM at Kodak Hall at Eastman Theatre.

Three and nine-day Club Passes are also on sale now at the lowest prices. The Club Pass is the festival’s popular value pass to discovery, with access to more than 228 Club Pass shows at a record 13 Club Pass venues.

The festival’s 19th edition will be held June 19 to 27, 2020 in multiple indoor and outdoor venues in downtown Rochester, New York. The 2019 festival wrapped up with attendance of more than 208,000. 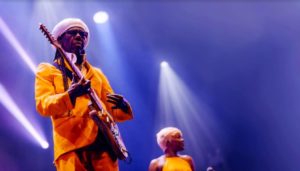 Among music legends, Nile Rodgers is truly exceptional. He amplifies his legacy as a multiple GRAMMY-winning composer, producer, arranger and guitarist by constantly traversing new musical terrain and successfully expanding the boundaries of popular music. As the co-founder of CHIC and the newly elected Chairman of the Songwriters Hall of Fame, Rodgers pioneered a musical language that generated chart-topping hits like “Le Freak,” (the biggest selling single in the history of Atlantic Records!) and sparked the advent of hip-hop with “Good Times.” Nile Rodgers transcends all styles of music across every generation with a body of work that’s garnered him inductions into the Rock & Roll Hall of Fame and the Songwriters Hall of Fame.

This special performance is a coming together of two magnificent Jamaicans and friends who have known each other a very very long time to celebrate music and dance at the CGI Rochester International Jazz Festival! Featuring Garth Fagan’s “No Evidence of Failure” performed in two selections from Monty Alexander’s Harlem-Kingston Express Live: “King Tubby Meets the Rockers Uptown” and “No Woman No Cry”. “No Evidence of Failure “celebrates the variations, changing contours and depth of love possible between two people in a long term, loving & caring relationship. In addition, hear a world premiere by Norwood Pennewell and a selection from Monty Alexander Wareika Hill (Rastamonk Vibrations). 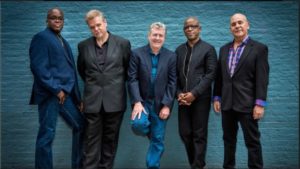 Spyro Gyra are contemporary jazz icons now observing their 45th year as a band. Spyro Gyra is an unlikely story of a group with humble beginnings in Buffalo, NY that has continued to reach an international audience over 40 years, resulting in sales of over 10 million albums and having played over five thousand shows on five continents. They have accomplished this due to a forward looking approach combined with the work ethic of an underdog, always challenging themselves to do something new while never resting on past success. It has proven to be a recipe for longevity for this jazz group while music has gone in and out of styles in ever shorter cycles.

Access any Club Pass Series shows all nine days of the Festival. Fully shareable and transferable.