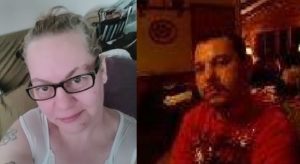 CALEDONIA – New York State Police have taken a Rochester couple into custody in connection to the murder that led up to a body being discovered on fire on Lacey Road the night of July 4.

According to law enforcement officials, Aykut Ozkaynak, 35, and Mary Neverett, 42, will soon be arraigned on multiple felony charges, including murder.

The burned body was discovered on Lacey Road burned wrapped in a blanket or type of carpet.  State Police Captain Richard Allen said on July 5 that nothing they have learned links this crime to any others in the area.