On October 10, 2019 Deputy Shawn Whitford was assigned to the Sheriff’s Office Operation Safe Interstate initiative when he stopped a vehicle on East Avon – Lima Road after observing a violation of the NYS Vehicle and Traffic Law on Interstate 390.

Pensek was arrested and charged with felony Criminal Possession of a Controlled Substance in the 3rd Degree (intent to sell), felony Criminal Possession of a Controlled in the 5th Degree (weight), and felony Tampering with Physical Evidence as it is alleged that Pensek attempted to conceal the crack cocaine during the traffic stop in an attempt to prevent the investigating Deputy Sheriffs from finding it.

Tette and Pensek were turned over to Central Booking Deputies at the Livingston County Jail for processing and pre-arraignment detention. The District Attorney’s Office was contacted in regards to bail due to the felony level charges. It was recommended that Tette be held on $3,000 cash bail or $6,000 bond. It was advised that Pensek should be held without the chance of bail due to him having multiple prior felony level convictions.

Both Tette and Pensek were later arraigned at the Livingston County Centralized Arraignment Part (LC-CAP) at the Livingston County Jail before Town of North Dansville Judge David Werth. The Judge remanded Tette to the custody of the Sheriff on the recommended bail of $3,000 cash or $6,000 bond. Pensek was remanded to the custody of the Sheriff without the chance of bail.

“Starting January 1st 2020, many different level crimes are not allowable for the suspect to be held on bail,” stated Sheriff Dougherty. “In this case these charges are such crimes even though they are both charged with a B felony. This is where each case gets more complicated by the law in looking at their past criminal history. In this case one defendant will walk free after January 1 and we can only hope she will return to court at a later date. The second defendant can be arraigned and held since he has two or more prior felony convictions. The issue with arraigning him immediately is that along with bail reform comes discovery reform as well. The discovery reform becomes problematic because the drugs need to be sent out to the lab for analysis and will not be back in the time necessary by law; 15 days following arraignment. After January 1 we will be releasing both these subjects without roadside arrest until we have all discovery requirements satisfied and then we will attempt to locate them and arrest them. I continue to be adamantly opposed to this extreme change in bail and discovery reform, taking away an elected Judges discretion to set bail or not, the victims that will be left behind and ultimately the dangers it will cause for the good law abiding citizens in our county.” 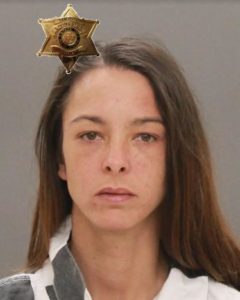 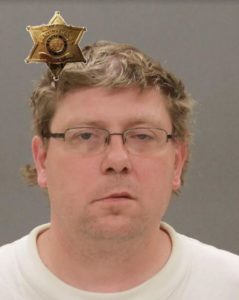