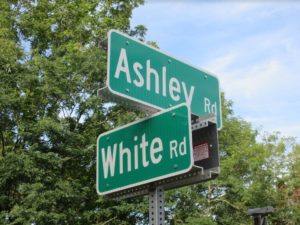 RICHMOND – The Richmond Town Board received good news and bad news from the New York State Department of Transportation on a formal request to lower speed limits on Ashley, Reed and White roads.

In March, Deputy Supervisor Steve Barnhoorn introduced resolutions calling for the town to apply for a speed limit reduction, through the NYSDOT, on the three town roads. The DOT has the final say on changes to speed limits.

At the September Town Board meeting, Barnhoorn reported DOT completed their review of traffic conditions on Ashley, Reed, and White Roads. The good news for residents on Ashley and White Roads is the state determined that a 45-mph limit is appropriate for these two roads.  Barnhoorn said an order for the speed zone is being processed for filing with the Secretary of State and will be sent to the town when approved. The installation of signs can follow at the time.

“It makes sense to lower the speed limit some of our busiest Towns roads. We have a responsibility to advance the public safety of our residents,” Barnhoorn said.

The news was not so good for lowering the speed limit on Reed Road. Barnhoorn read a letter from NYSDOT Regional Traffic Engineer Paul J. Spitzer concerning a review of traffic conditions for the road. DOT made a field visit to observe the roadway characteristics. They also met with the Traffic Supervisor from the New York State Police to seek input about lowering the speed limit. The results of DOT’s investigation show that a reduction of the speed limit for Reed Road is not warranted at this time.  “We were surprised by that (decision)” Barnhoorn said. “Traffic has been moving too fast on Reed Road. It’s a safety issue.”  He added the Town Board would continue to press DOT again on the speed limit issue in the future.