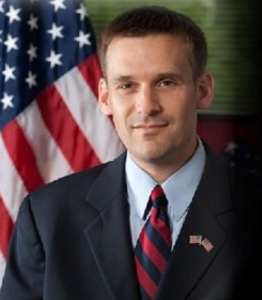 LIVINGSTON COUNTY – At this point the field appears to be wide open for incumbent Livingston County District Attorney Greg McCaffrey as he heads into November.

Lowell Conrad, Chairman of the Livingston County Republican Committee, said that if the Republicans are going to put forward a candidate against McCaffrey, a Democrat, they will let voters know at the designating meeting on May 5.

“It’s too early to say if we will put up a candidate,” said Conrad. “No candidate should take anything for granted.”

McCaffrey won his election in an epic three-way race in 2012 against Republican candidate Eric Schiener and Conservative candidate Steve Sessler.

McCaffrey said that he will continue to focus on his role as DA headed towards this year’s election.

“My focus has always been and will continue to be doing the job I was elected to do and serving the people of this county by leading the District Attorney’s Office,” said McCaffrey. “The politics will handle themselves if I simply continue doing my job and working to make our community a desirable place to live.” 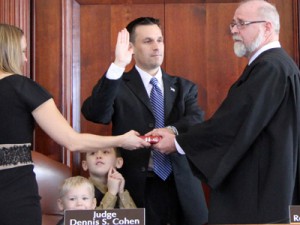 McCaffrey at the 2012 swearing in ceremony. (Photo/ Josh Williams.