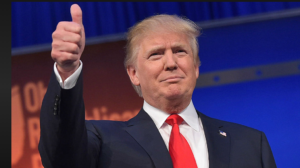 Lines appear to be drawn between states like New York vs states like Texas.  Critics of NYS policy are saying that more misery will be caused with economic chaos in their attempt to “flatten the curve.”  Meanwhile Texas appears willing to put their chips on economic stability.

President Trump added his chips to this national controversy by announcing the Republican National Committee is abandoning plans to hold the convention in Charlotte, North Carolina because of their coronavirus restrictions.

Instead RNC chairwoman Ronna McDaniel said it will be held in Jackson, Florida which will not adhere to the social distancing policy of some states.

McDaniel tweeted, “We are thrilled to holdthe Republican nomination in the great city of Jacksonville!  Not only is Florida his home state, it is crucial to victory.”

Trump changed his home address from Manhattan to Palm Beach, Fla. last year.  It should be noted that Florida has no state income tax which adds to its attractiveness to businesses.

The RNC has spent the last week scouting locations after Gov. Roy Cooper, D-N.C., rejected Trump’s demand that the convention be allowed to take place Aug. 24-27 without the coronavirus measures.

“The governor doesn’t want to give an inch, and what he’s doing is losing hundreds of millions of dollars for his state,” Trump said Wednesday at the White House.