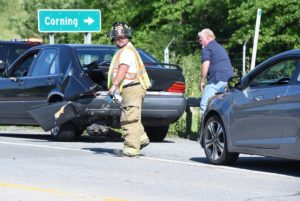 MOUNT MORRIS – A rear-end collision sent one person to the hospital Monday afternoon.

According to first reponders on scene, both vehicles were eastbound on Rte. 408 when the first slowed for the traffic signal at 408 and 390 Exit 7 and the second collided with its rear at about 4:48 p.m.

A Livingston County EMS ambulance transported the driver of the lead vehicle, a male, to a hospital with non life-threatening injuries.

The driver of the second vehicle, a female, was not injured.

As of 5:21 p.m., the Livingston County Sheriff’s Office is investigating the accident.

Traffic is currently open on Rte. 408 and 390 Exit 7. However, as of 5:21 p.m., tow vehicles are arriving and traffic will likely be blocked for a few minutes as the tows remove the damaged vehicles.

Firefighters with the Mount Morris Fire Department responded to the scene alongside the Sheriff’s Office and Livingston County EMS. 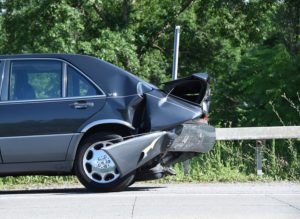 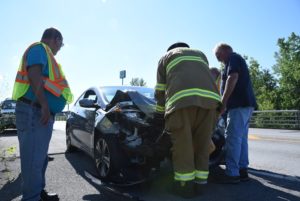