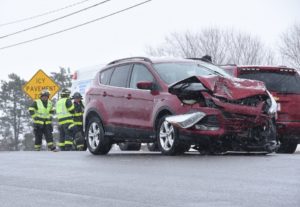 GENESEO – A rear-end collision blocked one lane of 20A on Wednesday’s blustery afternoon.

According to first responders at the scene, an SUV and a sedan were southbound on 20A in the area of the 390 northbound on ramp when the SUV struck the rear of the sedan.

The vehicles continued forward past the 390 southbound on ramp.

Both drivers were transported to hospitals as a precaution.

Traffic was reduced to one lane as first responders worked at the scene. 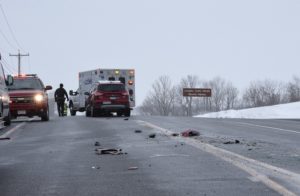 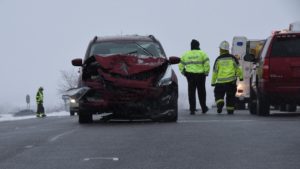