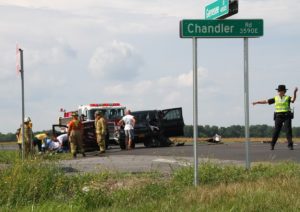 YORK – A rear-end collision took the life of one person and injured another Thursday afternoon on Rte. 63 at Chandler Road.

According to the Livingston County Sheriff’s Office, one person passed away at the scene. Another person was transported to the hospital with injuries.

One vehicle was northbound on Rte. 63 slowed or stopped in the area of Chanler Road when the SUV rear ended it at about 3:35 p.m.

Sheriff Thomas Dougherty notified drivers via Twitter that Rte. 63 was closed to traffic between Court Street in Geneseo and River Street in Piffard due to a fatal accident.

The Livingston County Sheriff’s Office is investigating the accident.

Livingston County District Attorney Greg McCaffrey was on scene to assist in the investigation. 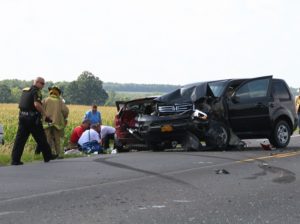