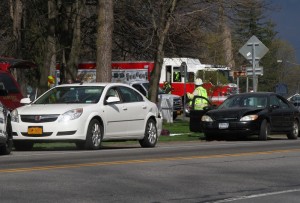 GENESEO – An accident at the intersection of Rte. 20A (South Street) and Crossett Road sent three people to the hospital Thursday afternoon.

According to first responders on scene, a total of three of six total occupants went to the hospital with non-life threatening injuries after the collision at about 4:40 p.m.

“I heard it, I was checking my mail and bam!” said Sue Richardson. “Then the two cars pulled forward. There’s so much traffic on Crossett, it’s amazing that there aren’t more accidents.”

Traffic remained open on South Street while first responders were on scene.

Firefighters and ambulance crews with Geneseo Fire and Ambulance responded to the scene alongside the Geneseo Police Department. 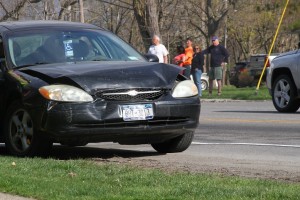 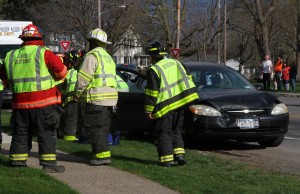