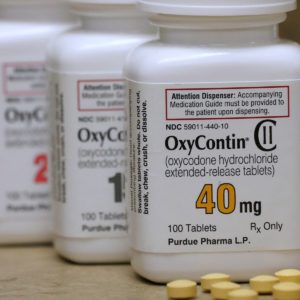 Connecticut-based drugmaker, Purdue Pharma has agreed to plead guilty to multiple charges related to its production and promotion of OxyContin.  That plea could cost the company over $8 billion in civil and criminal penalties.

The costly move came as a result of the US Department of Justice’s intensive investigation which the government claims costs close to a half million deaths.

“Purdue deeply regrets and accepts responsibility for the misconduct detailed by the Department of Justice in the agreed statement of facts,” Purdue chairman Steve Miller said in a statement. “Purdue today is a very different company.”

The plea will also end the wealthy Sackler family’s reign over the controversial company, officials stated.

In a separate agreement the members of the Sackler family, have agreed to pay $225 million and turn the company over to federal control. According to the federal government this still will not  absolve any of the Sacklers or Purdue’s executives from future criminal charges.

Still some state attorney generals continue t who have brought their own lawsuits against Purdue heir individual lawsuits agains the Sacklers saying the federal government did not go far enough to resolve the pain that was caused.

Most notably included is NY AG Letita James who said, “Today’s deal doesn’t account for the hundreds of thousands of deaths or millions of addictions caused by Purdue Pharma and the Sackler family.  Instead, it allows billionaires to keep their billions without any accounting for how much they really made.”