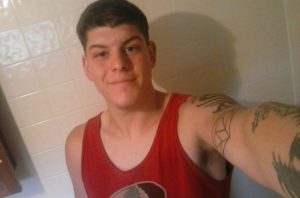 LIVINGSTON COUNTY – A prosecutor gave a harsh sentence recommendation and a harsh speech at a court appearance for the Springwater resident convicted of throwing his own infant son into a wall.

County Court Judge Dennis Cohen sentenced Matthew Sackett, 23, to 10 years in prison, eight years of post-release supervision and imposed an eight-year Order of Protection that will start after his release for felony Assault in the First Degree. Livingston County Assistant District Attorney Justin Hill, who prosecuted the case, recommended that sentence and prepared several comments to be read onto the record in court.

‘In December of 2016, he was given a break because there were representations made that he was in a relationship with the minor, they were going to have a family and a young baby whom he was supposed to care for, provide for and protect.

‘He was put on probation and didn’t have to register as a sex offender because of these representations.

‘But what does the defendant do? On February 10, 2017, he threw his baby against the wall, causing horrific injuries. And while as a parent I can understand that every parent gets upset or frustrated when a baby won’t stop crying, I think the cover-up may have been worse.

‘Shortly thereafter, when the defendant met up with the baby’s mother and grandmother, the baby began turning blue and and the defendant didn’t say a word.

‘When they took him to Noyes Hospital later, with the baby in distress and doctors scrambling to find out what was wrong, he said nothing. The next day, when the baby was having seizures and was taken to Strong and termed ‘critically ill,’ the defendant said nothing.

‘What I’ll never understand is how a father could watch their baby fight for his life and not say a word about what really happened. For five days, the defendant said nothing.

‘I’ve talked with the family and the baby is doing a lot better but we won’t know the extent of his injuries for quite some time.

‘I’ve said all along that the defendant should get more than 10 years. In some ways, the defendant has benefited from the fact that the definition of ‘depraved indifference’ has become so jumbled in the court system that nobody knows what it really is. And it doesn’t matter what I say or what this court rules. It would still be subject to review from higher courts and there are just no clear-cut answers.

‘So, this 10-year term is a fair result and as close to justice as we’re going to get.

‘I’d ask you to impose 10 years with the Department of Corrections and eight years of post-release supervision.

‘I’d also ask you to impose the maximum 8-year no-contact Order of Protection. Hopefully with the length of this sentence and the Order of Protection, this child will be old enough when it expires in 18 years to make his own decisions about whether he wants to have a relationship with the defendant.

‘But I truly hope he doesn’t because the only way this child will have a healthy, happy and productive life is if he can stay as far as possible from this defendant.” 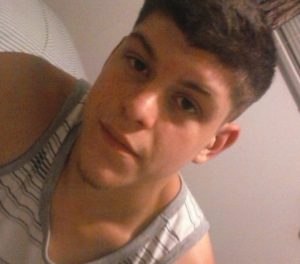