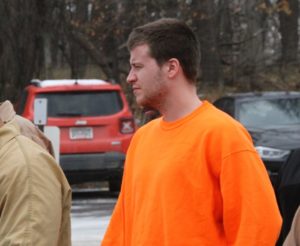 LIVINGSTON COUNTY – The Geneseo man who critically injured a pedestrian with his car after several legal breaks is going to prison.

“On May 14, I graduated from SUNY ESF. […] Dad’s dream was to send my sister Laura and I to the Grand Canyon. He had the whole route documented and even had his good friend Bob to be our local guide,” said Ashlyn Maurer. “On May 20, the doorbell rang. What the officer said next still sends shivers down my spine, that dad had been hit by a car and was in rough shape at Strong Memorial Hospital. That 30-minute drive to the hospital seemed to take a lifetime as I mentally prepared myself to say goodbye to my dad. […] He was so weak and helpless. It was hard to tell if he was even there. Sometimes he would squeeze my hand in response to our voices. It was moments like this that kept our hope alive.”

Judge Wiggins sentenced Walsh to 6 years in prison and 5 years on parole for felony Vehicular Assault in the First Degree, 3 1/2 to 7 years for Assault in the Second Degree and 2 1/3 to 7 years for a Violation of Probation, all of which are to be served concurrently, or at the same time. Walsh pled guilty instead of taking the case to trial.

“The damage that Mr. Walsh has done to this family can never be undone,” said Assistant District Attorney Josh Tonra, who prosecuted the case. “Mr. Mauer is incredibly strong. His recovery, and he might not call it that, has been incredible. I can’t help but see that Mr. Walsh doesn’t get it. He considers himself a victim of circumstance. He seems to think that a state prison sentence is not appropriate, and I couldn’t disagree with him more. […] Mr. Walsh is reckless and he is selfish.”

“We need to punish the deed but consider the person,” said defense attorney Peter Pullano. “We rely too often on labels. Reckless, selfish, name calling. He was the one who called 911. That’s the natural reaction for anyone, and even knowing full well that as a convicted felon when he picks up that phone he will go to jail, he called 911.”

Walsh waived his right to speak at sentencing.

“These are very sad occasions in every respect,” said Judge Wiggins. “I understand that your family loves you and that you are not a bad person, but your actions have terribly affected the Maurer family. I think I made a decision and I think the DA’s Office made a decision that, hindsight being 20/20, maybe shouldn’t have put you on probation, and maybe this wouldn’t have happened.”

Walsh has been in and out of County Court since 2013, when he struck his father with a loaded gun and was shot by New York State Police. Judge Wiggins gave him two breaks on Violation of Probation sentences for drinking alcohol while on probation. 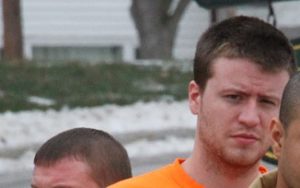