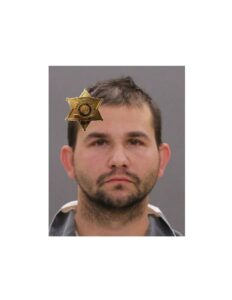 Sheriff Thomas J. Dougherty reports the arrest of a Groveland, NY, resident on felony charges following an investigation by the Sheriff’s Office.

On November 16th, 2022, Sheriff’s Investigator Connor Sanford arrested Derek J. Getman, age 32, from Groveland, NY, with (4) felony Failure to Register and Verified as a New York State Registered Sex Offender.  It is alleged by the investigation that Getman, who is a level (1) New York State Registered Sex Offender, had internet accounts, internet access providers, and social media accounts that he used to communicate with a 16-year-old juvenile. It was discovered that Getman failed to report these accounts per the law.

The NYS Corrections Law section 168-F (4) states: Any sex offender shall register with the division no later than ten calendar days after any change of address, internet accounts with internet access providers belonging to such offender,  Internet identifiers that such offender uses, or their status of enrollment, attendance, employment, or residence at any institution of higher education.

Getman was transported to Central Booking Deputies at the Livingston County Jail for arrest processing.

The District Attorney’s Office was contacted regarding bail due to the felony-level charges. It was recommended that  Getman be held without bail because he has two previous felony convictions.

The investigation was handled by Sheriff’s Investigator Connor Sanford of the Criminal Investigations Division. Also assisting with the study were Investigator Matthew Orman and Deputy Morganne Harrington.