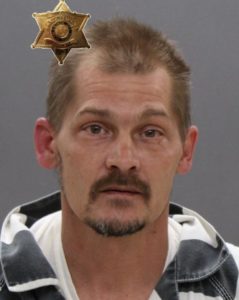 – Sheriff Thomas J. Dougherty reports the arrest of a Dansville NY resident on multiple felony charges following an investigation by the Sheriff’s Office.

On April 16, 2021 Sheriff’s Investigator Josh Monster arrested and charged 42 year old Donny S. Rowlinson for Predatory Sexual Assault against a Child (a class A-II Felony), Rape in the 1st degree (a class B Felony), and Sexual Abuse in the First Degree (a class D Felony).  It is alleged that in the summer of 2014 Rowlinson had sexual intercourse with a child less than 13
years of age, and subjected another child who was also less than 13 years of age to sexual contact.

The victim’s came forward to Law Enforcement in March of 2021.  Rowlinson was turned over to Central Booking Deputies at the Livingston County Jail for processing and pre-arraignment detention as the offenses did qualify for pre-arraignment detention under the NYS Justice Reform Act. The District Attorney’s Office was contacted in regards to bail due to the felony level charges. It was recommended that Rowlinson be held without the chance of bail due to him having three (3) prior felony convictions.

Further details of this case are being withheld to protect the victim.  The Sheriff’s Office was assisted with the investigation by the Dansville Police Department.