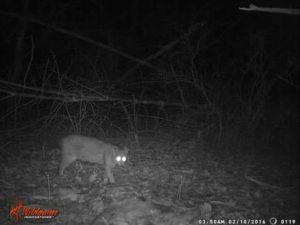 Watch video below of Ken Wallace’s brief, peaceful encounter with a black bear in the park.

CASTILE – Bobcats and eagles and bears, oh my! Letchworth’s hunters have been on the move and getting their pictures taken more than usual over the past month.

Park goers Mark Van Norman and Ken Wallace have been posting great photographs and videos of predators to social media. Van Norman posted pictures of bears, an eagle nest with grown eaglets, a skittish bobcat and a rattlesnake sunning itself on the warm asphalt. Wallace posted a video of his encounter with a bear in early July.

“Seeing a bobcat is on my bucket-list of things I hope to see one day in Letchworth,” said Wallace, a daily park visitor.

Mammalian predators are seldom seen in nature because their healthy populations are much lower than most prey species, like deer, rabbits and ducks. They also tend to be shy of humans, able to hide themselves well, range widely in search of prey and move mainly in low light at dawn, dusk or night, making it unlikely that a park visitor would cross paths with one and be aware of it.

Van Norman’s automatic trail camera captured the beautiful candid shots of the bear family and bobcat. It should be noted that Letchworth is a public park and is not responsible for lost, stolen or damaged trail cameras.

Watching the camera’s clock, it appears that the bobcat took off into the bush when the camera first went off, then circled back to look at the odd flashing object.

One of Van Norman’s bears apparently couldn’t resist the chance to take a selfie.

Wallace’s bear was mostly trying to get away into the brush, like a healthy bear should.

“I decided to get in an early morning hike as the weather forecast predicted rain and thunderstorms later this morning and afternoon,” said Wallace on July 8. “I was making a good pace in a favorite area I love to visit when I spotted a large black object ahead just off from the trail. As I got closer it began to move and at that point I could clearly see it was a young black bear. I wasn’t able to get really good video footage because this bear didn’t want to hang around and pose for any pictures. So here is the best I could do to share the experience with you.”

Rattlesnakes are fairly common in the park compared to other areas of New York State. Still, they are very well camouflaged and tough to see unless they are away from cover, hence the rattle to warn others.

Unlike past decades, bald eagles are now seen most years in Livingston County, both in Letchworth and on Conesus Lake. However, the chance to photograph a nest is rare. Van Norman’s photos show the eaglets growing up in the nest, first as balls of fuzz in April and then fully fledged, brown adults right before leaving the nest on July 10.

Van Norman and Wallace say that their interactions with wildlife were brief and peaceful. Still, Wallace, Letchworth State Park and the New York State Department of Environmental Conservation continue the mantra that wildlife is best enjoyed at a distance.

People are especially urged not to feed bears. The DEC’s detailed guide to avoiding human-bear conflicts is available here. 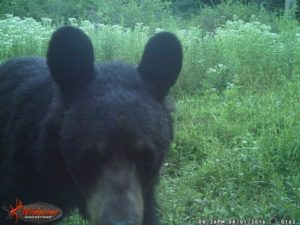 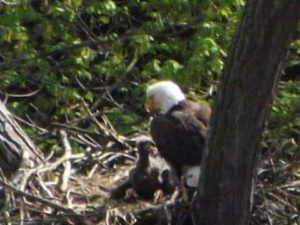 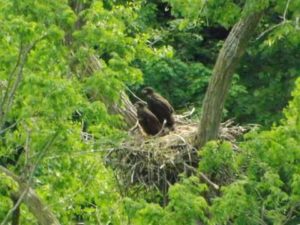 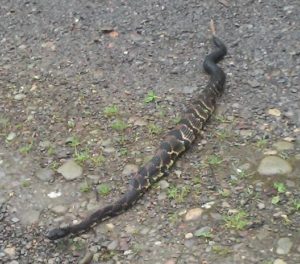 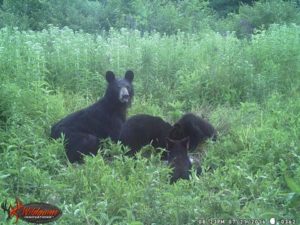