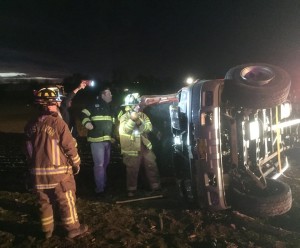 AVON – A pickup truck rolled over in a field off of Lake Road in the early hours of Friday morning.

According to the East Avon Fire Department, the accident occurred at about 5:01 a.m.

By the time first responders arrived on scene, the driver had exited the vehicle.

The driver was transported to the hospital.

Firefighters with the East Avon Fire Department responded to the scene alongside Avon Ambulance and the Livingston County Sheriff’s Office. 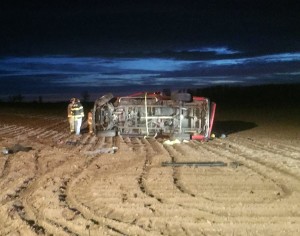