LIVNGSTON COUNTY — When it was all said and done over 2000 residents in Livingston County temporarily lost power due to the high winds as result of Wednesday’s storm.

The heart of the wind storm hit at about 3 p.m. and lasted until 9 p.m. knocking down hundreds of trees, breaking telephone poles and snapping power lines.

According to the National Weather service gusts of wind gusts hit 43 mph in at the Dansville Airport. The wind was triggered by a drastic drop in temperature. The day started with temperatures recorded at 59 degrees and by 2 p.m. the temperature had dropped to 39 degrees.

GET ALL YOUR BREAKING NEWS AND SPORTS WITH THE GENESEESUN.COM APP AVAILABLE ON APPLE AND GOOGLE PLAY! 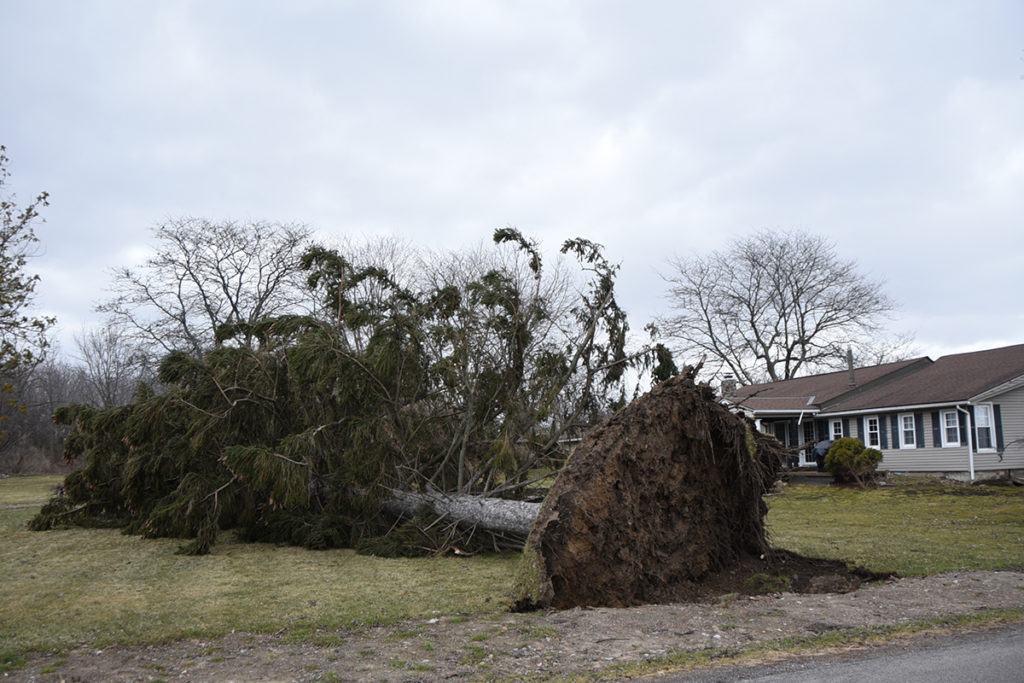 Another tree down on Crossett Road in Geneseo. (Photo/ Josh Williams) 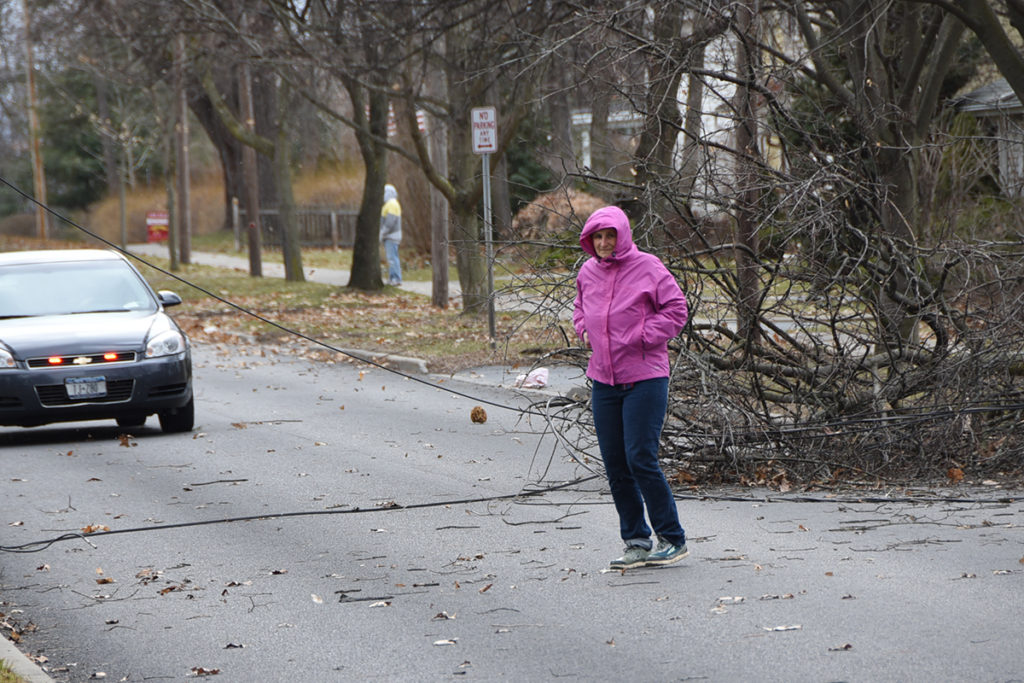 Tree down with power line at the east end of Center St. (Photo/ Josh Williams) 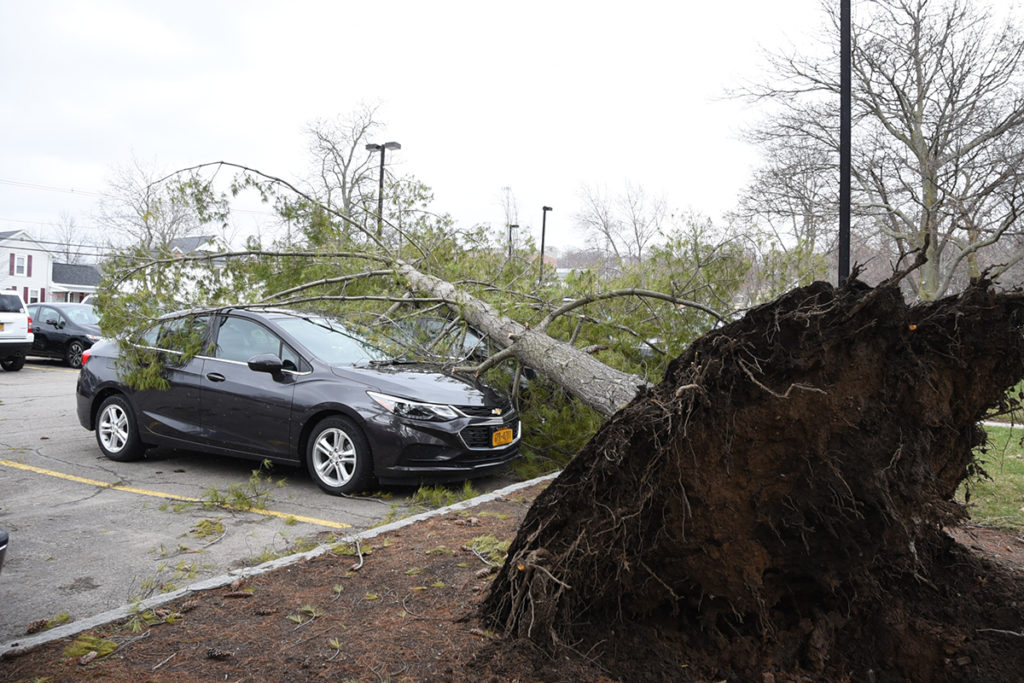 Three vehicles parked outside Ontario Hall on the SUNY geneseo campus were struck by this pine tree that fell during the wind storm. (Photo/ Josh Williams) 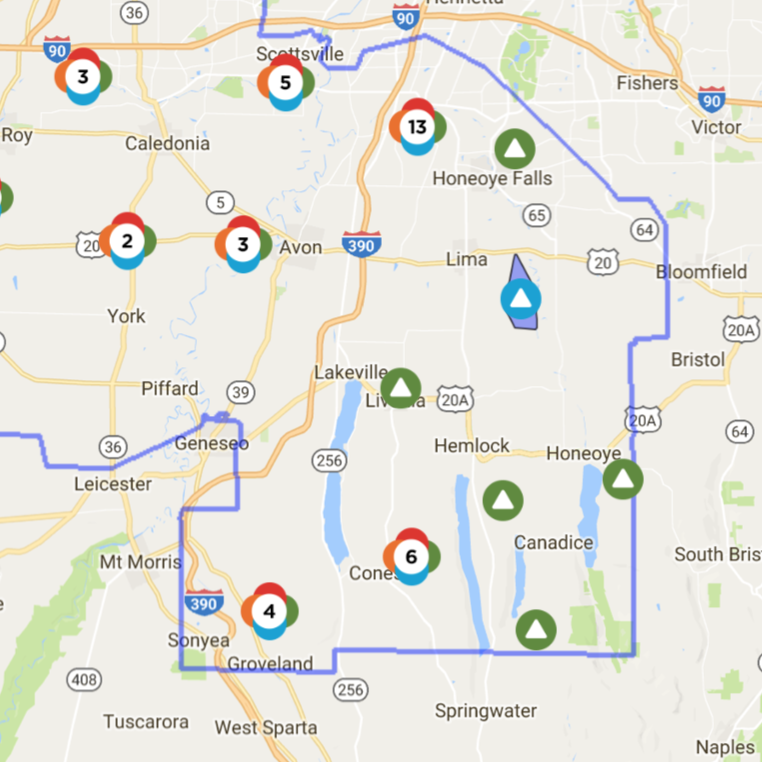 Screen grab from National Grid with reported incidents as of 3:12 p.m. 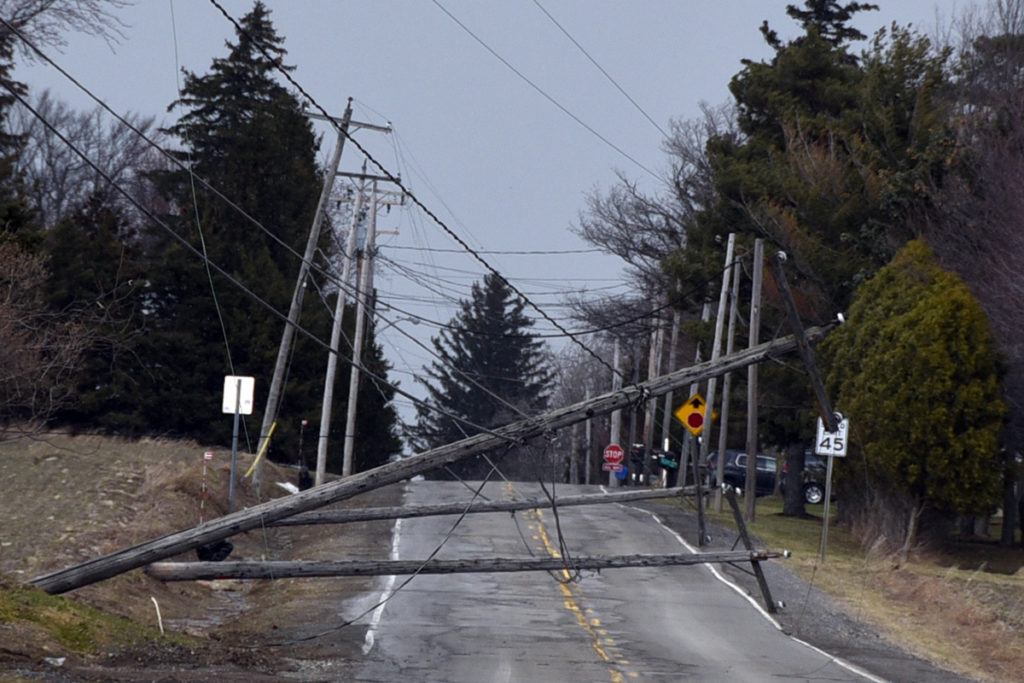 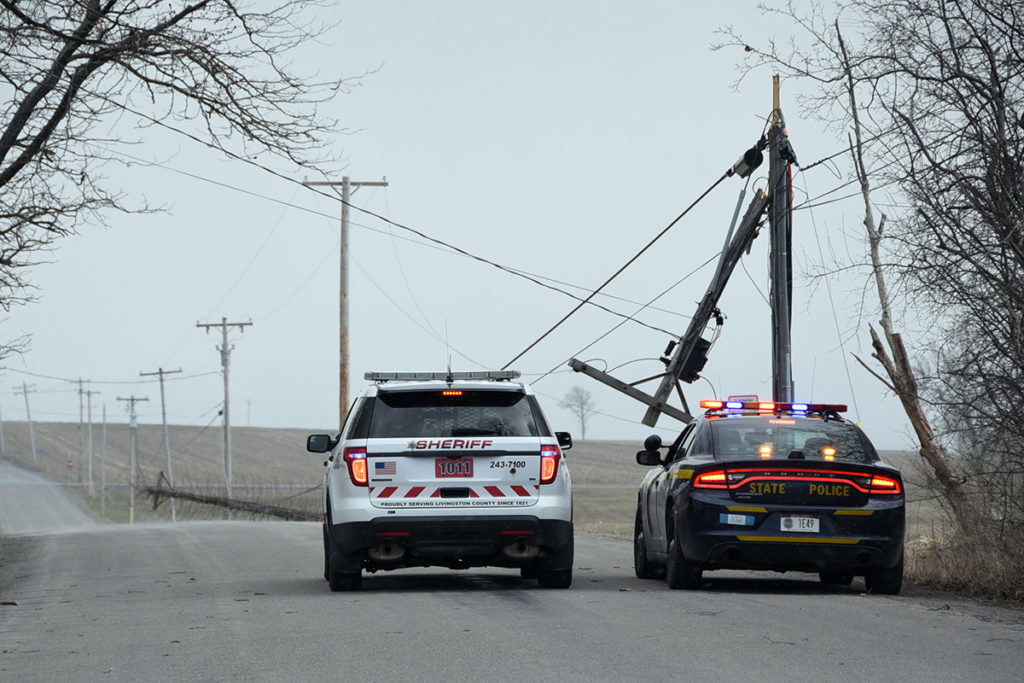 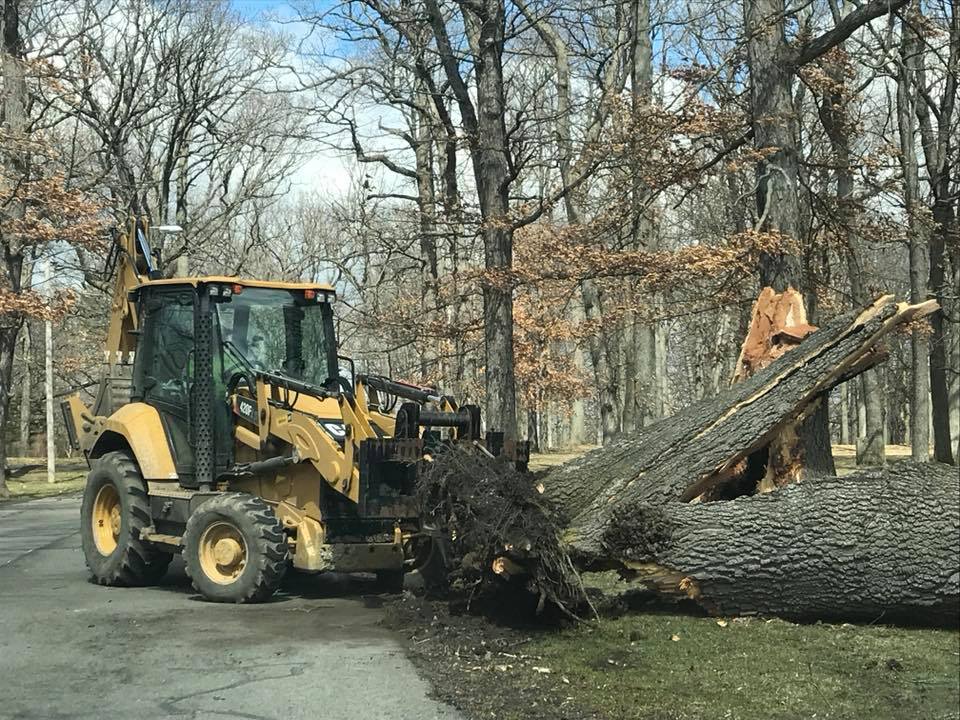