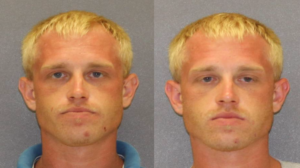 GENESEO – The Geneseo Police Department arrested a Lima resident twice in three days for contacting a female in Geneseo in violation of orders of protection.

On July 18, Kohlmeier allegedly went to the residence of a female who was the subject of an order of protection and had physical contact with her. Police say that he intended to harass, annoy or alarm her. Officer Christopher Matteson and Benjamin Swanson arrested Kohlmeier.

Geneseo Village Justice Thomas Bushnell arraigned Kohlmeier, released him with no bail required, and issued an additional order of protection for the female and her children.

Then, on July 20, Kohlmeier allegedly again went to the female’s residence and contacted her. There is no accusation of physical contact, but the new order of protection was allegedly violated.

Justice Bushnell again arraigned Kohlmeier, but this time remanded him to the Livingston County Jail on $1,500 cash or $3,000 bond.