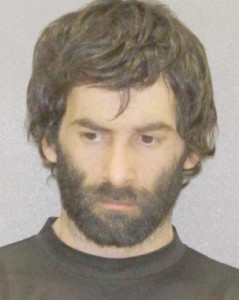 SPRINGWATER – The Livingston County Sheriff’s Office arrested a Conesus resident on Monday during a self-generated property check when they found him in a suspicious vehicle, allegedly with several drugs.

On March 21, Sheriff’s Deputies Caleb Cutting and Jeff VanDunk of the Livingston County Sheriff’s Office were on a self-generated property check during the overnight hours on County Line Road in the Town of Springwater. While checking the property, they allegedly observed a suspicious vehicle.

The Deputies met with the occupant of the vehicle, later identified at Brockett. After making contact with Brockett, it was found that his drivers license was suspended.

Further investigation at the scene led to the discovery of what is believed to be LCD (acid) in the vehicle as well as marijuana and hypodermic needles. Brockett was taken into custody and transported to the Livingston County Jail where he was processed and held for arraignment. He will be arraigned in Springwater Court later on Monday.