GENESEO – The faces are off the marquee at the Palace building on Main Street Geneseo, which await a full restoration and return.

Palace Properties Inc. partners Don Livingston and Jim Sullivan took down the marquee and sent them away to be restored and reinstalled.

In May 2017, a clogged drain pipe retained excess water in the marquee, which eventually was too much for one of the marquee’s three large support systems.

The marquee has been shored up since then. 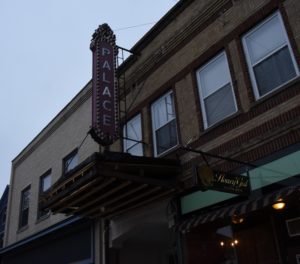