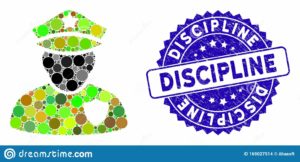 The Police Accountability Board has completed its first full week of accepting complaints.

Since opening for investigations on June 20th, 50 people have reached out to the PAB for help in identifying and reporting instances of police misconduct.

Acting Manager of the PAB Duwaine Bascoe says the next step for the PAB is better educating the community on what qualifies as officer misconduct.

“The common misconception is that an officer needs to use excessive force for there to be misconduct,” said Bascoe. “But there are several forms of misconduct: If an officer has exhibited bias-based profiling against you, conducted an illegal search, or didn’t show up when you called for assistance, all are forms of misconduct too, and you should call the PAB.”

There are three ways the public can directly file a report with the PAB.

Once a complaint is filed, a PAB Case Manager will reach out within 24-48 hours. If you’re not sure if what you have experienced qualifies as police misconduct, please contact the PAB