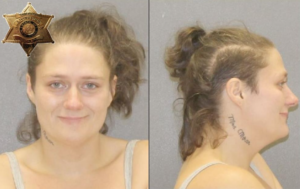 LIVINGSTON COUNTY — An Ossian woman was arrested on multiple charges in connection with welfare fraud.

The investigation was conducted by Sheriff’s Investigator Josh Monster in conjunction with the Department of Social Services and the District Attorney’s Office.

Young was later arraigned in the Town of Mt. Morris before Judge Ossant where he released her on her own recognizance.