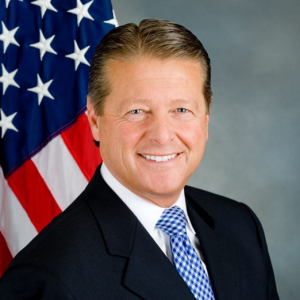 As you may have heard, significant changes to New York’s criminal justice system, including the elimination of cash bail and pre-trial detention for most criminal offenses, took effect on January 1, 2020.  While some changes were warranted, it is clear that these so-called reforms go too far and have already proven to be a detriment to communities across the state.

Over the past several weeks, thousands of individuals charged with serious crimes have been released from jail, including some previously convicted of violent offenses.  A significant number have re-offended, victimizing residents and making our communities less safe.

As a former State Trooper and Sheriff of Erie County, I believe ensuring public safety is our most important responsibility and that is why I voted against the bail reform bill last year.

Now it is time to fix this dangerous law.  I have introduced several bills to do that.

Under the new law, a defendant’s criminal history, or the fact that they may pose a clear physical threat to another person, cannot be considered, creating a system in which an offender is likely sent back into the community, unsupervised and able to come into contact with their victim, the victim’s loved ones, and others. Over the past week, there have been multiple instances across the state in which released individuals have re-offended, creating new victims.

I have introduced a bill (S.7530) that would create a risk assessment tool that judges could use to determine the suitability of bail.  It would restore the discretion of the courts and allow a judge to consider certain criteria in determining bail.

I am also sponsoring legislation that would build on the Victims Justice Agenda and give law enforcement the tools they need to keep perpetrators off our streets and away from their victims.

The second bill (S.6839) would ensure that each crime under the aggravated family offense statue—domestic violence and sex crimes—would qualify for bail and pre-trial detention. Since the new bail reform measures took effect on January 1, 2020, several of these particularly heinous crimes no longer qualify for bail and pre-trial detention leaving these victims particularly vulnerable.

You can support this effort by signing our on-line petition urging the Legislature to fix the dangerous changes that took effect this year.  The petition appears at my website.

If I can be of any further assistance on this or any other matter, please do not hesitate to contact my office.

With best wishes and kind regards,